The Linh World exists below the human world and is supported by a giant tree, called the karma tree.

It is the home of creatures inspired from Vietnamese folk tales and real life including a kylin named Leng Keng.

Kylin is a mythical creature with a lion’s head, a long tail and a dog-like body, that appears at temples, pagodas and mausoleums symbolising longevity, luck and good government.

Linh: Magic Powder reveals a little corner in Pig District in Karma City, the capital of Linh World, and its life and citizens.

In the video, Leng Keng chases Bloody Frog through the street of Pig District until finally bursting into the restaurant of Uncle Pig Chef.

The production has attracted around 140,600 views since its official premiere on YouTube on June 15. 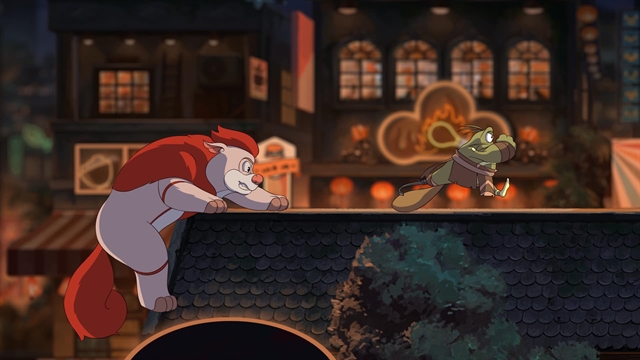 “It has been a very long time since Việt Nam has had a perfect animation like Linh: Magic Powder. The idea is good and creative, the graphics are beautiful, and the music is magical,” said Đỗ Thành Đạt, a 12th grader from Đồng Nai Province.

“It helps young people like me know more about Vietnamese culture and characteristics of bravery and friendliness. It’s interesting to know about kylin, which I rarely heard before,” he added.

Leo Đinh, director of the project and CEO of Sun Wolf Animation Studio, told local media that “our passion for animation motivated him and his crews and animators to create and tell their own stories about beautiful things in life”.

The studio began the project Karma Journey in 2018, telling about an adventure of Leng Keng and his friends to save the Linh World from falling apart.

The film is inspired from Vietnamese traditional culture, architecture, music and even cuisine.

Its background describes beautiful landscapes and famous destinations in the country such as Sơn Đoòng Cave, HCM City, Hội An Ancient Town and floating markets in the Mekong Delta.

The studio is working with Vietnamese and international score composers to create a score for the animation highlighting Vietnamese music.

The project is still in production. 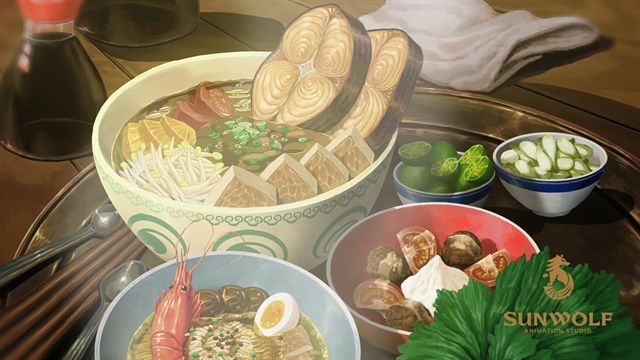 Sơn Tinh beat Thủy Tinh in a competition to win the heart of Princess Mỵ Nương, who was the daughter of King Hùng XVIII.