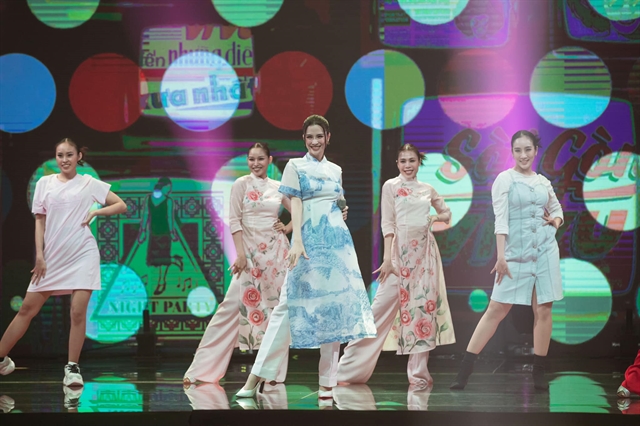 They sang songs in praise of the nation, President Hồ Chí Minh, HCM City, youth and love, and their popular hits such as Sài Gòn Đẹp Lắm (Beautiful Sài Gòn) and Khi Con Là Mẹ (When I Become Mother).

The performance included singers and dancers from the HCM City Light Music Centre.

“I hope to bring an exciting performance and atmosphere to local residents and tourists in HCM City, as well as promote the cultural and historic values of the city.” Đông Nhi said.

The shows will be held at famous attractions as well as cultural and historical sites in the city, including the Hồ Chí Minh Museum, the HCM City Fine Arts Museum, Tao Đàn Park, the Central Post Office, the General Sciences Library, Nguyễn Huệ Pedestrian Street, and the Opera House.

“The combination of tourism and art culture aims to not only attract tourists but also improve people’s aesthetic sense,” she said, adding that the project would contribute to raising people’s awareness of preserving and protecting the city’s landscapes and cultural spaces.

The city’s second HOZO International Music Festival is expected to be organised by the end of this year after a two-year delay due to COVID-19.

The event will attract dozens of musicians from various countries in the world.