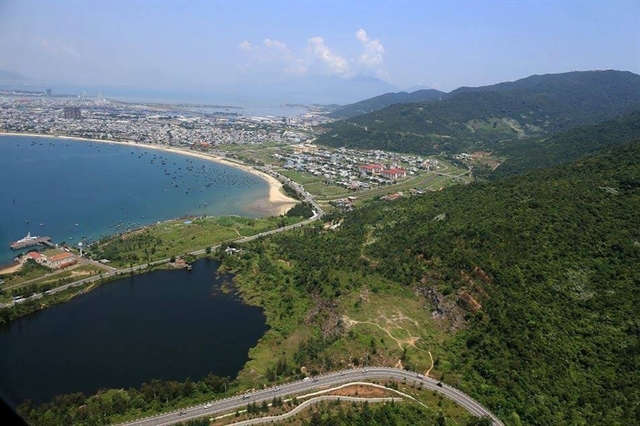 Sơn Trà peninsula is one of the favourite destinations of Đà Nẵng. The city has reopened tourism in the COVID-19 recovery plan in 2022. Photo courtesy of Helicopter Tour

The information was revealed by director of the city’s tourism department, Trương Thị Hồng Hạnh, at a conference on the preparation for hosting international travellers and promotion programmes between April and June.

Hạnh said Singapore Airlines and Thai VietJet would be the first airlines operating their flights officially from Singapore and Bangkok to Đà Nẵng on March 27. 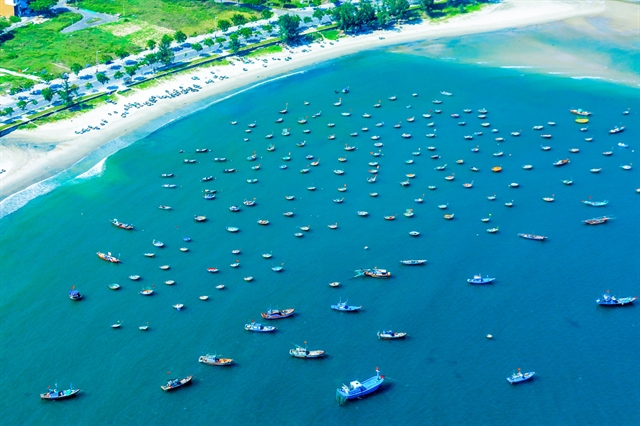 Thai Vietjet plans to bring 50 travel agencies from Thailand to explore destinations and promotion policy of Đà Nẵng in the first months of resuming hospitality during the COVID-19 recovery. Meanwhile, Thai Air Asia will join the Thailand-Đà Nẵng tourism recovery plan by operating seven flights on the Bangkok-Đà Nẵng route from April 1.

Korea is a promising market of Đà Nẵng as Korean tourists make up the second-largest number of foreign tourist arrivals to the city before COVID-19 damaged the tourism hub in 2020-21.

Passengers on the Đà Nẵng-Kuala Lumpur will enjoy seven flights per week by air service of AirAsia from July 1.

Vietnam Airlines and Vietjet Air plan to operate seven flights connecting Narita and Haneda, Japan with Đà Nẵng between May 19 and July 1.

Low-cost airline Vietjet Air will debut the New Delhi-Đà Nẵng – one of the newest routes of 2022 – with three flights per week from September 1.

Hạnh said the city’s travel agencies and accommodation service providers were well prepared to host a surge in tourism.

“We asked all resorts and hotels to be ready for possible coronavirus positive visitors. Tourism and the healthcare sector will closely join hands in building rapid reaction plans in the pandemic recovery,” Hạnh said.

In April, she added that the city would also debut the night tourism zone in An Thượng quarter, beach entertainment, and downtown shopping zones. 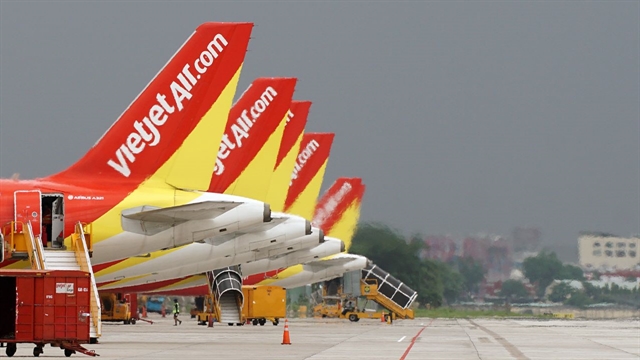 Golfers will flock to Đà Nẵng for playing the Asian Development Tour – one of the Asian Tours – this June along with the FAM Trip and Media Trip promoting a series of golf events in 2022.

“Đà Nẵng will focus on the 16th annual Routes Asia Development Forum 2022 as a rendezvous of aviation and tourism businesses from around the world. It’s also a chance for planning new routes and expand aviation networks connecting Đà Nẵng with regional and global air transport networks.” 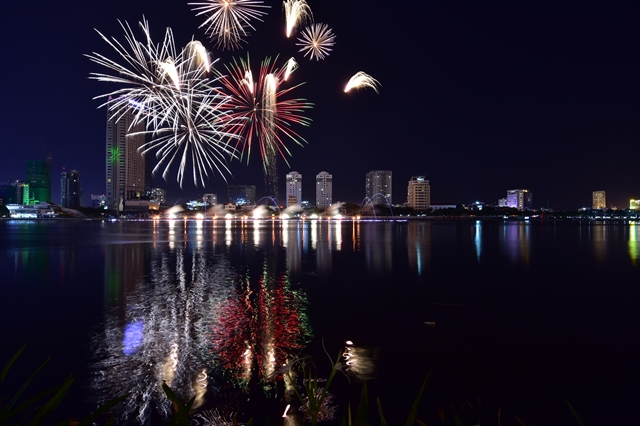 The Hàn River in Đà Nẵng decorated by night fireworks performances. The city is the only hub in Việt Nam organising an international fireworks festival. VNS Photo Lê Lâm

It expects that the online travel mart at Danangfantasticity.com or travelbook.vn/Danang will help connect 300 business events.