Posted by: vivian on August 28, 2018 in World Comments Off on Education department changes enrollment plans

VietNamNet Bridge – Parents and students, after experiencing a confusing high-school enrollment season, have heard that the Hanoi Education and Training Department is drawing up three new enrollment plans for the next academic year. 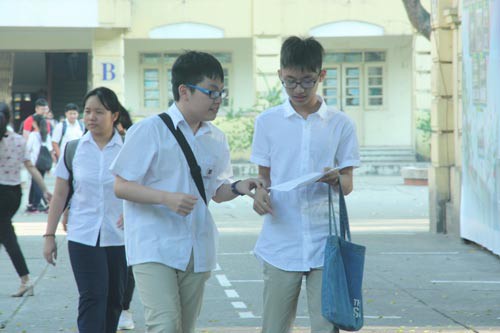 Ninth graders and their parents in Hanoi are worried that the plan for the 2019-2020 academic year will be different from this year, which means they will have to prepare in other ways for the entrance exams.

They still don’t know how to prepare because the final enrollment plan has not been finalized yet.

With Plan 1, students would have four tests in math, literature, foreign languages and another test to be determined by the department in late March each year. The fourth test would be chosen from some subjects – physics, chemistry, biology, history, geography and citizenship education.

With Plan 2, students would have math and literature tests. State-owned high schools will select students based on test scores and records at secondary schools.

With Plan 3, there would be three tests in math, literature and a test of integrated subjects. There are two choices for groups of subjects – either foreign language, physics, history and citizenship education; or foreign language, geography, chemistry and biology.

Hong Ha, whose daughter is a ninth grader in Dong Da district, said she felt depressed when hearing about the three plans.

“We were dumbstruck when hearing that students would have six exam subjects (two subjects for independent tests and a group of four subjects) instead of two (math and literature) as currently applied,” Ha said, adding that this will burden students.

“The education department changes enrollment plan at any time it wants and we will have to make every effort to adapt to the changes, which has worn us out,” she complained.

Hoang Ha Thu, a ninth grader in Cau Giay district, said: “The education department changes the policy so regularly that we don’t have enough time to prepare to get adapted to the changes.”

The schoolgirl said she has been preparing for the high school entrance exam for the last two years, because she knows the competition for state-owned schools is stiff.

However, she has been focusing on two subjects – math and literature.

“If the new suggested plans get approval, we will have to review other subjects as well, not only math and literature. We don’t have much more time,” she complained.

Teachers also think that the high school entrance exam is too stressful for students.