Posted by: vivian on November 6, 2017 in Travel Comments Off on Provinces gear up to develop special economic units 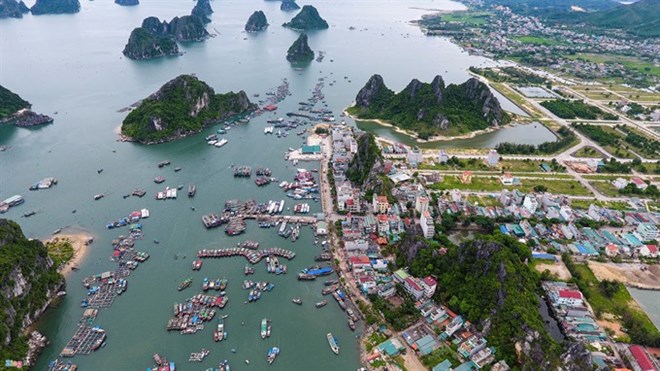 Hanoi (VNA) – Quang Ninh, Kien Giang and Khanh Hoa are gearing to develop special administrative-economic zones with expectations that preferential policies will be increased as the National Assembly is discussing the Law on Special Administrative-Economic Units.

Under this project, Phu Quoc will have an area of more than 57,530ha and population of 117,460, with nine administrative zones which were founded from two existing towns and seven communes (excluding Tho Chau commune as the province is planning to turn it into a district).

The province expected that the establishment of the Phu Quoc Special Administrative-Economic Unit would bring into play the island’s potential to attract investment and high technologies to boost development.

By 2030, Phu Quoc is expected to become a modern tourism and resort hub, as well as a hub for trade, exhibition and meeting, with international competitiveness towards global reach.

Investments in Phu Quoc have been robust in recent times, especially in tourism development, with the island having rich potential.

Phu Quoc has, so far, attracted more than 250 projects with total registered capital of some 16.7 billion USD.

The northern province recently said it would not seek funds from the central budget to develop Van Don into a special administrative-economic unit.

Vu Van Hop, chief of the provincial People’s Committee, said entire expenditure for developing the Van Don Special Administrative-Economic Unit project and implementing the infrastructure system would be done through the local budget and investments of businesses.

The province would only, therefore, require preferential mechanisms for Van Don.

Vu Hong Thanh, chairman of the National Assembly Economic Committee, said special administrative-economic units would need preferential mechanisms, rather than investment from the budget, adding that appropriate mechanisms would create resources and impetus for development.

The Van Don Special Administrative-Economic Unit project, which got approval of the provincial People’s Council late last week, proposed to the Government 12 groups of preferential policies for Van Don, according to Hoang Trung Kien, deputy head of Quang Ninh’s Economic Zone Management Board.

These included policies in taxes, land-real estate, finance-banking and monetary, as well as investment-business, human resources, immigration and import-export, along with strategic investors, hi-tech development and tourism development.

Kien said proposed preferential policies for the project were developed on the basis of international experiences and trends and in compliance with established laws.

The project was under development since 2012 with the aim of creating outstanding institutions to boost growth and develop an innovative administrative management system.

The project also received approval from residents, with more than 98.78 percent of voters in the district saying they agreed with the project.

The northern province is now gearing up its efforts to develop social, technical and transport infrastructure systems to attract investors to Van Don.

The province is also hastening the construction of important infrastructure projects, including Van Don International Airport, a tourism-casino complex, and Ha Long-Hai Phong and Van Don-Mong Cai expressways, which are considered the driving force for the development of Van Don into a special administrative-economic unit.

Statistic showed that Quang Ninh has, so far, attracted investment worth some 55.1 trillion VND (2.5 billion USD) in Van Don.

In 2018, a series of large-scale tourism complex projects worth a total of some 61 trillion VND will begin construction in Van Don, such as the 4.95 trillion VND Sonesea Dragon Bay’s phase 1, the five-star Furama Ha Long Vietnam Resort Vilas (worth 1.12 trillion VND), the Van Don Heritage Road estimated at 5 trillion VND and the Ngoc Vung Complex.