Posted by: vivian on November 6, 2017 in Travel Comments Off on Officials to finalise preparations for APEC high-level meetings 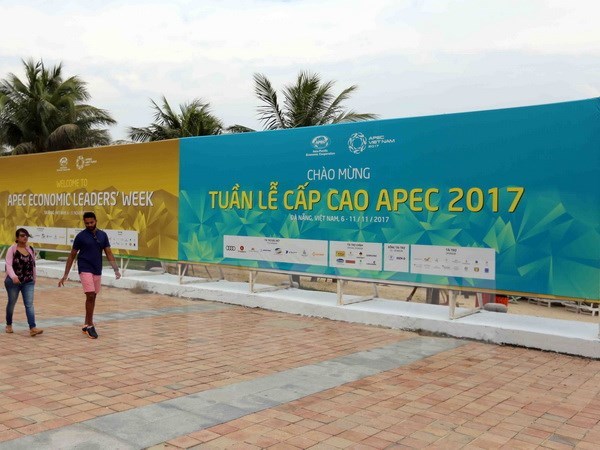 Da Nang
(VNA) – The APEC Concluding Senior Officials’ Meeting (CSOM) is taking place in
the central city of Da Nang on November 6-7 with the participation of representatives
from all  21 APEC economies.

The event aims to finalise preparations for the
APEC Ministerial Meeting and the APEC Economic Leaders’ Meeting later this
week. It is being chaired by Vietnamese Deputy Foreign Minister Bui Thanh Son, who
is also APEC 2017 SOM Chair.

Also on November 6, the APEC Voices of the
Future forum is scheduled to open at the University of Da Nang, attracting
delegates who are young people and students from the member economies. Vietnam
is going to send 17 delegates to this event.

The forum will discuss various issues such as promoting
sustainable and innovative growth and integration among the youth in
Asia-Pacific; how to create  new dynamism
and foster a shared future among young people in the region; and businesses,
innovation and sustainability – difficulties in startup and digitalisation era
of the Asia-Pacific.

Participants will also look into the youth’s
contributions to the APEC vision towards 2020 and beyond; economic, financial
and social inclusion; human resources development in the digital era; and
policies supporting startup, innovation and small- and medium-sized
enterprises.

Since it became an APEC member in November 1998,
Vietnam has actively contributed to every aspect of cooperation, from economy,
trade to youth-related affairs.

APEC represents about 39 percent of the world’s
population and contributes 57 percent to global GDP and 49 percent of
international trade. -VNA