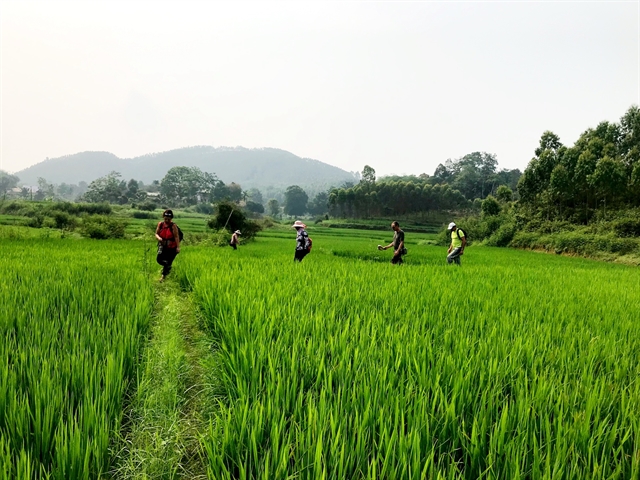 Ngòi Tu has a unique landscape combined with the long-standing cultural values of the people here, creating a very unique attraction.

We went by car to visit the village, though it can also be reached via boat, departing from Hương Lý Port in Yên Bình Town, to feel the cool and fresh atmosphere of Thác Bà Lake.

The village is located close to the edge of Thác Bà Lake, nestled under palm trees and luxuriant forests. It covers an area of 2sq.km. With the typical climate of the lake area, the winter is cold and the summer is cool.

We arrived at the village on a calm morning, the wind gently carried the fragrance from the rice fields.

Lurking behind the shady palm trees, the village appears as a picture of a peaceful Vietnamese village, small but strangely poetic.

Ngòi Tu is home to the Dao people, who have many unique cultural features. Next to the traditional three-room houses on stilts, the girls in bright clothes are weaving cloth. In the corner of the yard, children are shooting marbles, laughing and joking.

The village is also home to many traditional cultural values, which are reflected in traditional handicrafts such as meticulously carved silver jewellery or delicate embroideries as well as patterns printed with beeswax on the fabric. 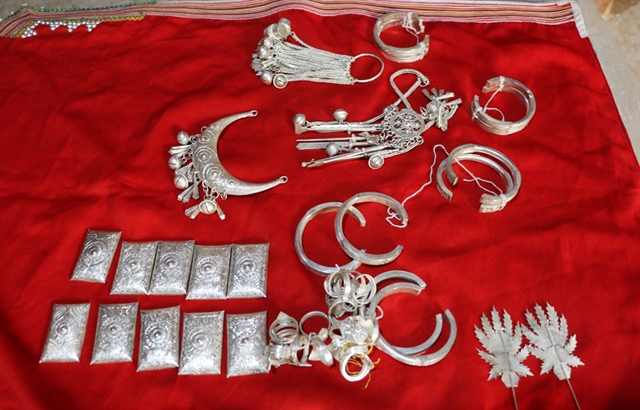 The village is also home to many traditional cultural values, which are reflected in traditional handicrafts such as meticulously carved silver jewellery. Photo mia.vn

Leaving the handicraft houses, we followed the small path leading to the lakeside, where we hired a boat to visit and explore Thác Bà Lake.

The lake has a water surface area of more than 19,050ha and 1,331 islands, almost entirely located in the heart of Yên Bình District and a part of Lục Yên District. It is likened to Hạ Long Bay in the mountains, the green pearl of the northwest mountains.

Floating on the lake, each large and small island is hidden by the immense water surface. Looking out into the distance, a few fishermen’s boats are gathering shrimp.

The sun gradually went down and the afternoon light reflected on the water’s surface with a golden light. On an island somewhere, the sweet and deep folk songs of the Dao people suddenly echo. 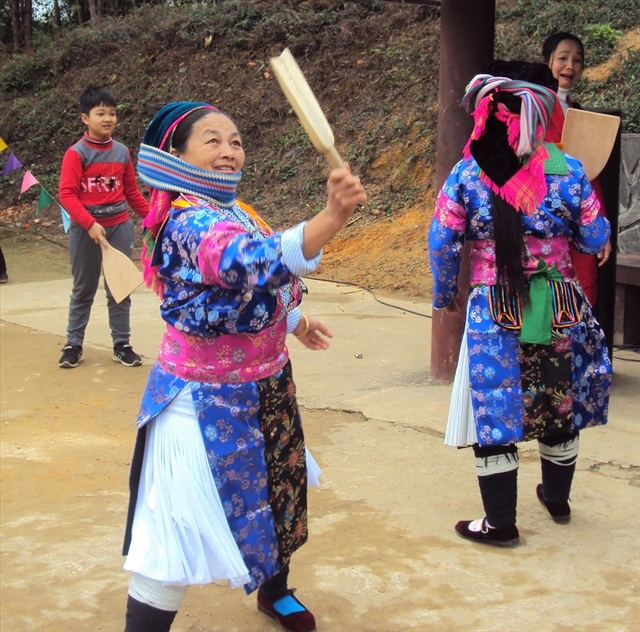 After a day of exploring Ngòi Tu, at night, under the traditional house on stilts, we enjoyed rustic dishes prepared elaborately and skillfully such as wild banana flower salad, chicken cooked with sour bamboo shoots, and a dish made of raw fish and vegetables and ant eggs.

Next to the flickering campfire in the middle of the house’s yard, the dances of the Dao people captivate people’s hearts.

Tướng Thị Mơ is the daughter of Tướng Văn Bội – one of the first people doing tourism in Vũ Linh Commune. After finishing the culinary training course, she returned to work as the main chef for her family. Every month, she earns a stable income from cooking and doing tourism at home.

Working with foreigners regularly helps her speak English fluently. In addition, being able to bring the culture of the Dao people to international friends is something that makes her extremely proud.

In particular, since doing tourism, people are very conscious of learning English and informatics to communicate and apply to exploit tourism and connect with tourism advertising sites, promoting the beautiful image of Ngòi Tu to tourists. 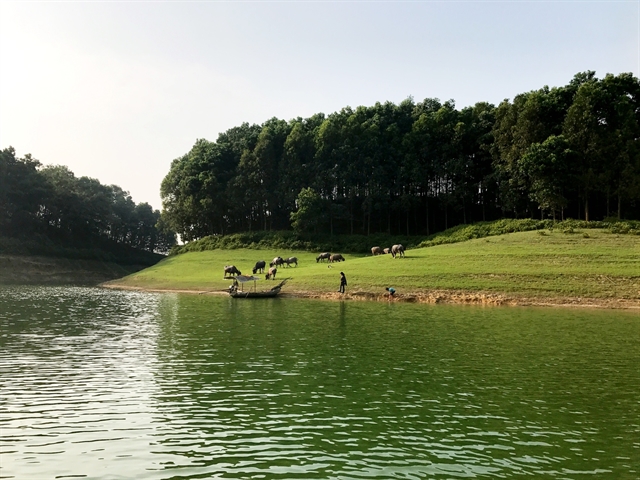 Currently, communes and districts are orienting and developing plans to promote tourism development in Ngòi Tu and some other villages in a more concentrated direction. In which, authorities focus on building linkages between tourism households in the village and neighbouring villages into tourism villages; continue to encourage households to participate in tourism and create tourism products. In addition, the locality orients people on how to do tourism in the direction of professionalism, combining conservation and promotion of the traditional culture of ethnic minorities. VNS