Posted by: vivian on November 4, 2017 in Travel Comments Off on Blue-chip reliance worries investors 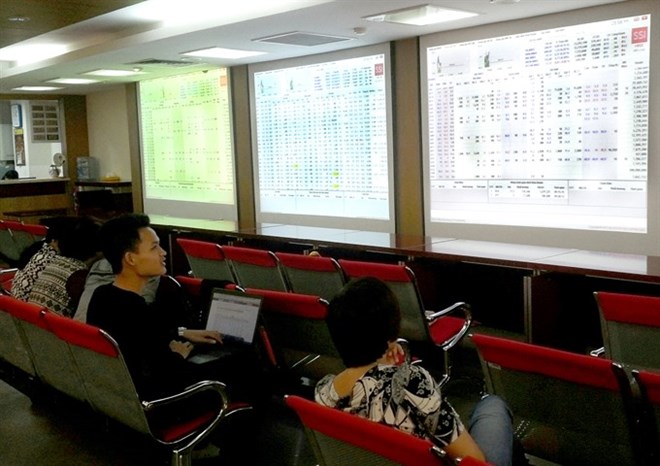 Hanoi (VNA) – Large-cap companies continued to drive shares on the
HCM Stock Exchange up on November 3, but analysts warned of market volatility over
investor worries about the market’s dependence on blue chips.

The VN Index had fallen 1.14 percent on the
previous day but still made a weekly gain of nearly 0.4 percent.

More than 250.8 million shares worth 4.85
trillion VND (215.5 million USD) were traded on both bourses, on November 3, a
slight increase in both trading volume and value over the previous day.

The market breadth improved, but there was
no big difference between the number of gaining and declining stocks (148 to
116).

Large-cap stocks continued to cushion both
local exchanges. The VN30 Index, which tracks the performance of the 30 biggest
shares by market capitalisation and trading liquidity, gained 1.5 percent.

Bao Viet Securities Co analyst Tran Xuan Bach said in the company’s daily report
that the VN Index has recouped all losses made in the previous session and
maintained its growth for the two consecutive weeks.

The strong rebound of the index could
improve investor confidence in the near future, given the increase in gaining
stocks after they had fallen sharply in recent sessions, he said.

However, there is no evidence the stock
market would move up soundly, as it still depended a lot on the strength of
large-cap stocks, Bach warned, adding that the divergence between large-cap
stocks and others would make investors more cautious.

Also on November 3, the HNX Index on the Hanoi
Stock Exchange rose 0.91 percent to end at 104.36 points, recovering from a
three-day loss of 2.8 percent.

More than 47.5 million shares were
exchanged on the northern market, worth 476.7 billion VND.

Previous: No action, no gains
Next: Teacher dedicates herself to educating disadvantaged children