Posted by: vivian on March 13, 2020 in Travel Comments Off on 100-year-old Bửu Sơn Pagoda rests on one pillar 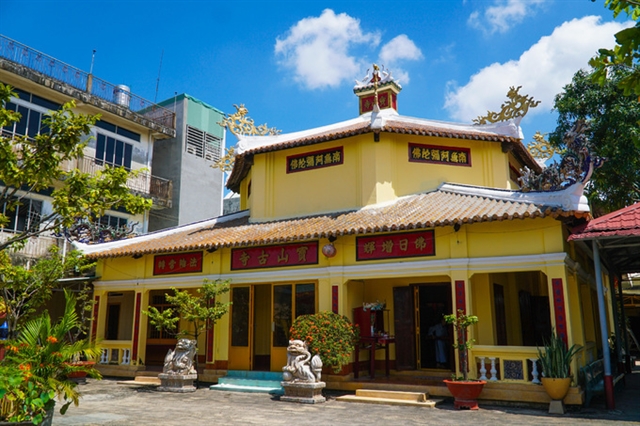 Visitors at the 100-year-old Bửu Sơn Pagoda, known as the Hà Nội-based One Pillar Pagoda, in Đồng Nai Province, built in the 18th century. VNA/VNS Photo

HCM CITY – The 100-year-old Bửu Sơn Pagoda in Đồng Nai Province, built in the 18th century, rests on only one pillar.

The pagoda in Biên Hòa City’s Hòa Bình Ward was built initially with bamboo walls and wooden columns. The 100sq.m sanctum has an octagonal roof that represents the eight-fold path to free oneself from suffering, according to the tenets of Buddhism.

After two major renovations in 1937 and 1965 during which all the roof trusses were rebuilt and connected at one center pillar, locals started to call it the One Pillar Pagoda.

It is structurally different from Hà Nội’s One Pillar Pagoda where one main outdoor pillar carries the entire pagoda’s weight.

The Bửu Sơn Pagoda has one wooden pillar in the middle of the sanctum, surrounded by Buddha idols that are placed based on the northern doctrines.

After several restorations, Bửu Sơn Pagoda is now a modern structure spread over 1,000sq.m in the middle of Biên Hòa City. – VNS