Investors race against the clock to fulfill solar power projects

Posted by: vivian on September 3, 2018 in Technology Comments Off on Investors race against the clock to fulfill solar power projects

VietNamNet Bridge – If solar power projects do not start prior to June 30, 2019, investors will not be able to sell electricity to the Electricity of Vietnam (EVN) at the price of 9.35 cent per kwh for 20 years, under a new decision. 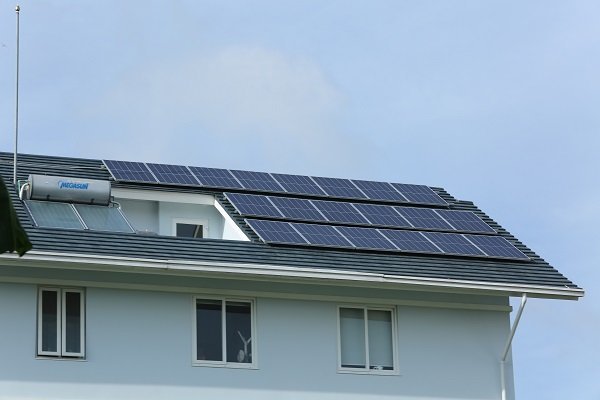 The government of Vietnam encourages investment in solar power

More solar power projects have been put on the table of the state management agency after the Prime Minister released Decision 11 to encourage investment in solar power development.

The decision says EVN has the responsibility of buying all the electricity output from solar power projects at prices equal to 9.35 US cent per kwh, or VND2,086, high enough to bring profits to investors. The duration of electricity purchases is 20 years since the day of commercial operation.

According to Thoi Bao Kinh Te Sai Gon, hundreds of wind power projects have been registered over the last year with the total capacity of over 12,000 MW.

Investors now are racing against the clock to be able to put their power plants prior to June 2019, because they fear the electricity price may be lowered after that period.

The Government Office’s dispatch to the Ministry of Planning and Investment in late July 2018 included the PM’s decision to reject the proposal by investors and local authorities to extend the application of the wind power pricing policy.

Gelex Ninh Thuan in June 2017 kicked off the VND1.3 trillion solar power farm project with capacity of 50 MW in Ninh Thuan province. The investor hopes it would be able to generate commercial electricity by June 2019.

Most recently, Trung Nam Group started the 200 MW wind power project in the same province in July 2018, the biggest project so far in the field.

Some experts, lauding the PM’s decision, commented that it is the right time to reconsider the policy on encouraging the development of solar power projects.

They warned of the imbalance in the capacity of the transmission system and the heavier burden on the state budget, which has had to subsidize the electricity price for wind power investors for a long time.

In principle, the subsidy policy should be applied for a certain period to encourage investment, and needs to be stopped after a period of application when the power capacity reaches a certain threshold.

The typical characteristic of solar power is that production and consumption are carried out at the same time. This means that where there are wind power plants, there must also be transmission systems.