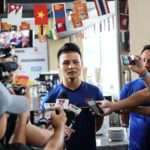 August 18, 2018 Comments Off on Quang Binh seeks governmental agreement for dumping waste into the ocean 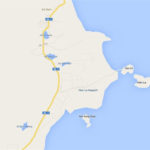 August 18, 2018 Comments Off on VN's top swimmer Anh Vien aims to make a splash at ASIAD

August 18, 2018 Comments Off on Vietnamese football fans miss out on Asian Games coverage 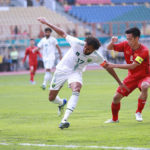 Many football fans in Vietnam have to turn to online channels to watch the Asian Games as the organisers expressed surprise that Vietnam failed to buy the rights for the event.     Fans have to watch the Asian Games online Over 100 Vietnamese fans went to Wibawa Mukti Stadium in Indonesia for the Vietnam-Pakistan match where Vietnam won 3-0. ... END_OF_DOCUMENT_TOKEN_TO_BE_REPLACED 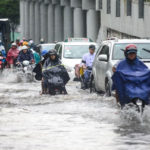 August 17, 2018 Comments Off on Vietnam up nearly 900 points in FIFA rankings 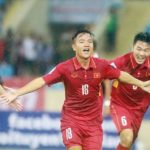 Vietnam are Southeast Asia’s number one team, coming in at 102 on the FIFA World Rankings for August. According to FIFA’s new ranking formula, Vietnam received 1,220 points, up nearly 900 points compared to the previous method of order, earning the country its 17th place in Asia.  France climbed to the summit of the ranking with 1,726 points. It was ... END_OF_DOCUMENT_TOKEN_TO_BE_REPLACED

August 17, 2018 Comments Off on Efforts needed to preserve wetlands

VietNamNet Bridge – Wetlands play a major role in preserving biodiversity and fighting climate change in Vietnam, but the country is yet to establish firm strategies on how to preserve them.  An area of mangroves on the Van Uc River in the port city of Hai Phong. Mangroves are classified as coastal wetlands in Vietnam. — VNA/VNS Photo Lam Khanh ... END_OF_DOCUMENT_TOKEN_TO_BE_REPLACED

August 16, 2018 Comments Off on Le Quang Liem lost to Georgia grandmaster at UAE 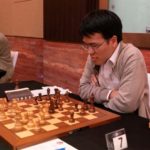 VietNamNet Bridge – Sa Pa in northwestern Vietnam has carried out dozens of hydropower projects which are now seriously devastating the environment. Sa Pa is a favorite destination point for travelers In 2000, Ban Ho, with its scenery and culture of ethnic minorities, was the ideal destination for travelers who came to Sa Pa. There were nearly 30 homestays in ... END_OF_DOCUMENT_TOKEN_TO_BE_REPLACED 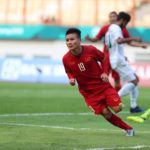 Vietnam’s Olympic men’s football team beat their Pakistani rivals 3-0 in the first group match in men’s football of the Asian Games 2018 (ASIAD 18), which took place in Indonesia on August 14. Midfielder Nguyen Quang Hai opens the score for Vietnam Midfielder Nguyen Quang Hai opened the score for Vietnam at the 20th minute, while the second goal was ... END_OF_DOCUMENT_TOKEN_TO_BE_REPLACED