August 24, 2018 Comments Off on Binh Thuan wants to develop tourism projects on land with titanium reserves

VietNamNet Bridge – Binh Thuan province, which wants to focus on developing tourism instead of polluting the titanium mining industry, is seeking permission to exclude 20,000 hectares of land out of the national titanium reserve, reported Dan Viet. There are six national mineral reserves in Binh Thuan There are six national mineral reserves covering 82,500 hectares in Binh Thuan province, ... END_OF_DOCUMENT_TOKEN_TO_BE_REPLACED 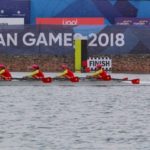 VietNamNet Bridge – Experts have warned about scrap imports heading for Vietnam as China has stopped importing some types of scrap.  The Ministry of Industry and Trade (MOIT) estimates that if the scrap imports cannot be blocked, the amount of money Vietnam has to pay for the imports would amount $1.7 billion. In the latest document to the Ministry of ... END_OF_DOCUMENT_TOKEN_TO_BE_REPLACED

August 23, 2018 Comments Off on Asian Games 2018: Vietnam secures another silver in wushu

Weightlifter Trinh Van Vinh clinched a silver medal for Vietnam at the ongoing 2018 Asian Games (ASIAD) in Indonesia on August 21. Weightlifter Trinh Van Vinh (Source: thethao.vnexpress.net) He finished second in the 62kg competition with a total lift of 299kg (snatch: 133kg, clean and jerk: 166kg), finishing only 12kg behind the gold medalist, Irawan Eko Yuli of the host ... END_OF_DOCUMENT_TOKEN_TO_BE_REPLACED

Rooftop solar panels can satisfy half of power demand: experts

August 22, 2018 Comments Off on Rooftop solar panels can satisfy half of power demand: experts

Solar power systems on the roof of houses in Vietnam can help households reduce 50 percent of their bills for monthly power consumption, contributing to protecting the environment, affirmed experts at a conference in Hanoi on August 22 to review one year of implementing documents on developing solar power in Vietnam. A report from the Ministry of Industry and Trade ... END_OF_DOCUMENT_TOKEN_TO_BE_REPLACED

August 22, 2018 Comments Off on ASIAD 2018: Two Vietnam footballers listed in typical team of qualifying round

Vietnamese defender Do Duy Manh and midfielder Nguyen Quang Hai were listed in the typical men’s football team of the 3-4-3 formation in the qualifying round at the ongoing Asian Games 2018 (ASIAD) in Indonesia, according to Goal – an international association football news website. Midfielder Nguyen Quang Hai The two showed excellent performance in the round, which helped their ... END_OF_DOCUMENT_TOKEN_TO_BE_REPLACED 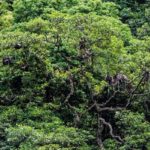 VietNamNet Bridge – The Dong Chau-Khe Nuoc Trong Forest in the central province of Quang Binh is considered to be a region of high biodiversity that needs special preservation, however, after four years of research and discussion by experts and local authorities, the establishment of a nature reserve in the forest remains on paper. Dong Chau-Khe Nuoc Trong Forest in ... END_OF_DOCUMENT_TOKEN_TO_BE_REPLACED