Posted by: vivian on August 28, 2018 in Sports Comments Off on Vietnam's Chinh eliminated from women’s 100m in ASIAD

Top Vietnamese athlete Le Tu Chinh failed to qualify for the final round of the women’s 100m dash at the Asian Games (ASIAD), held on Sunday in Jakarta, Indonesia. 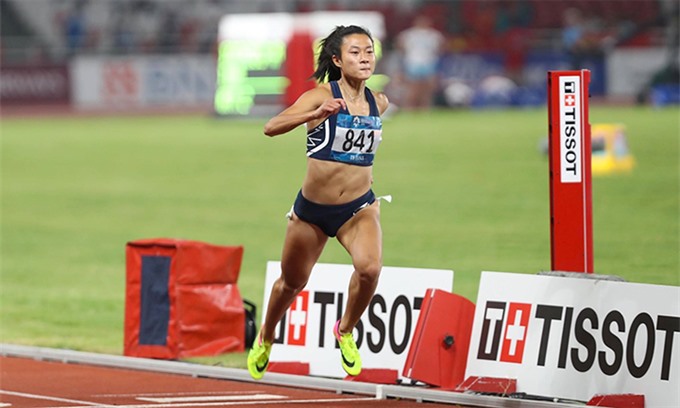 Le Tu Chinh failed to qualify for the final round of the women’s 100m dash at the Asian Games (ASIAD).  Photo thethao.vnecdn.net

Chinh competed in her favourite category with a total time of 11’76 in the second run. She crossed the finish line in fifth place, following athletes from mainland China, Bahrain, Malaysia and Chinese Taiwan.

She was ranked 12th of 16 athletes competing in the semi-final round. Her performance was weaker than her previous achievement of 11’56, which won her a gold at the SEA Games 2017, and 11’47 at the Thailand Open Track and Field Championships 2017.

Chinh also lost to Zaidatul Husniah Zulkifli from Malaysia, who crossed the line at 11’70, and qualified for the final round.

Chinh’s elimination from women’s 100m is a big disappointment for the country’s athletics. She was sent to the US for a long-term training course.

She will compete in one more event, the women’s 200m, in which she earned a gold in last year’s SEA Games. — VNS