Posted by: vivian on August 30, 2018 in Sports Comments Off on The Olympic Vietnam team awarded nearly $190,000 in total

The U23+3 football team have been awarded nearly $190,000 in total after being qualified for the men’s semi-final of the Asian Games. 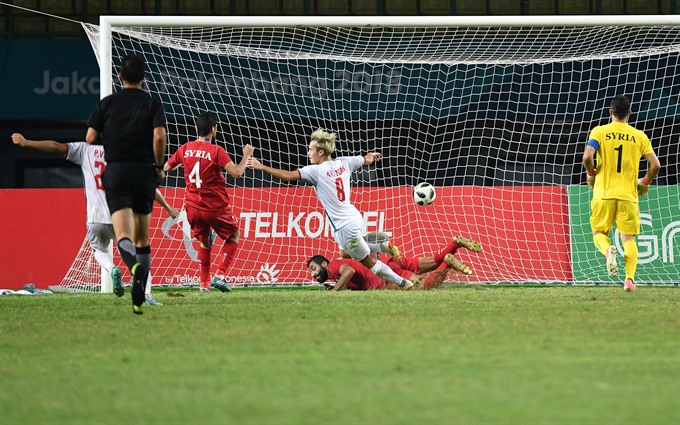 In order to celebrate Olympic Viet Nam’s victory and encourage them to try their best in the next matches, coach Park Hang-seo and his team were previously awarded US$94,941 from Radio the Voice of Viet Nam (VOV), the Viet Nam Football Federation (VFF) and the Minister of Culture, Sports and Tourism Nguyen Ngoc Thien.