Vietnamese pencak silat athletes will compete at the 2018 Asian Games (ASIAD) for the first time and are expected to bring home gold medals. 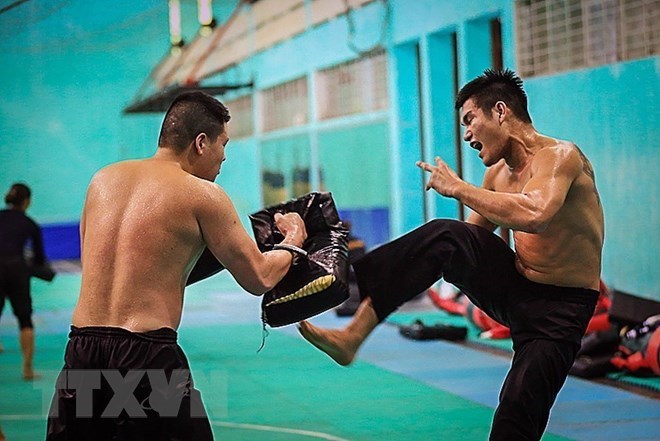 Vietnamese pencak silat athletes are scheduled to officially compete from August 23-29 at ASIAD 2018.

Tran Duc Phan, head of the Vietnamese delegation to ASIAD 2018, said over the past 20 years, Vietnam has proven its strength in the sport at regional, continental and international tournaments.

In some tournaments, the Vietnamese squad even surpassed Indonesia which has been considered a cradle of pencak silat, he said.

However, the categories in which Vietnam won gold are not included in the competition list at ASIAD 2018, which is also a headache for the team and coaches.

With their thorough preparations and determination, the 18 Vietnamese pencak silat artists and their coaches are ready for completion with the resolve to win at least a gold medal at the upcoming tournament.

They are scheduled to officially compete from August 23-29 at ASIAD 2018 which will be held in the two major Indonesian cities – Jakarta and Palembang – from August 13 to September 2.

The Vietnam national sports delegation heading to ASIAD 2018 will consist of 532 members, including 352 athletes, according to the Ministry of Culture, Sports and Tourism.

The athletes will compete in 32 out of 40 sports, and the national team’s target was at least three gold medals.

At the previous ASIAD in 2014, Vietnam pocketed one gold, 10 silver and 25 bronze medals, ranking 21st in the overall medal tally.-VNA