Posted by: vivian on November 6, 2017 in Sports Comments Off on HCM City honours outstanding athletes 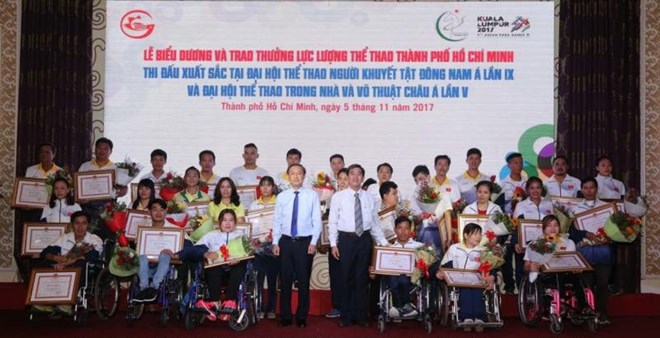 The city sent 97 athletes to compete in eight events of the ASEAN Para Games in Malaysia, including swimming, track-and-field, weightlifting, chess, badminton, boccia, football for the visually-impaired and table tennis. They bagged 35 gold, 45 silver and 35 bronze medals.

He also voiced his hope that the city’s sport delegation will gain better results in the upcoming 2018 Asian Games and Asian Para Games, as well as the 2020 Olympics and Paralympics in Japan.

At the ceremony, athletes and trainers of the city were granted more than 8.9 billion VND (390,470 USD) in total while 97 individuals received certificates of merit.-VNA