Posted by: vivian on August 23, 2018 in Sports Comments Off on Asian Games 2018: Vietnam secures another silver in wushu

Vietnamese wushu artist Bui Truong Giang obtained a silver medal for his performance in the men’s sanda 56 kg at the ongoing Asian Games (ASIAD) 2018 in Indonesia on August 23. 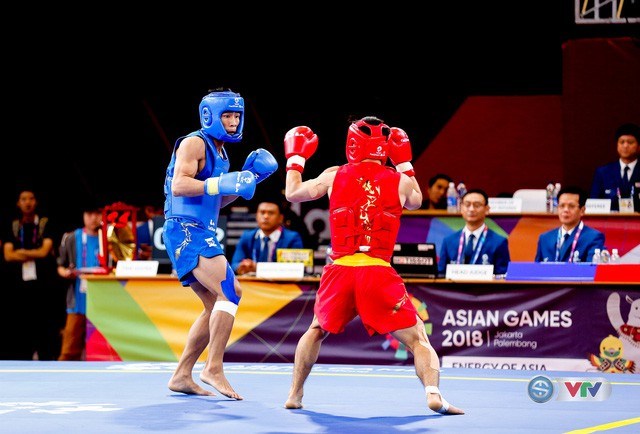 Wushu artist Bui Truong Giang (blue) in his last fight at the the ongoing Asian Games (ASIAD) 2018 in Indonesia on August 23 (Photo: vtv)

With the result, the final day for the Vietnamese wushu team at the ASIAD ended without a gold medal.

Also on the morning of August 23, taekwondo fighter Truong Thi Kim Tuyen lost to Japanese rival Miyu Yamada by 35 points at the qualification round.

To date, the Vietnamese team has won 11 medals, consisting of four silver and seven bronze medals, ranking 20th out of 45 countries and territories competing at the regional sporting event.-VNA

Previous: When did GMO food appear on the Vietnamese dining table?
Next: Hanoi: Man bit to death while stopping dogs fighting