Posted by: vivian on August 24, 2018 in Sports Comments Off on ASIAD 2018: Vietnamese rowers bring home one more silver

Vietnamese female rowers bagged one more silver medal for Vietnam at the ongoing Asian Games 2018 (ASIAD 2018) in Indonesia on August 24. 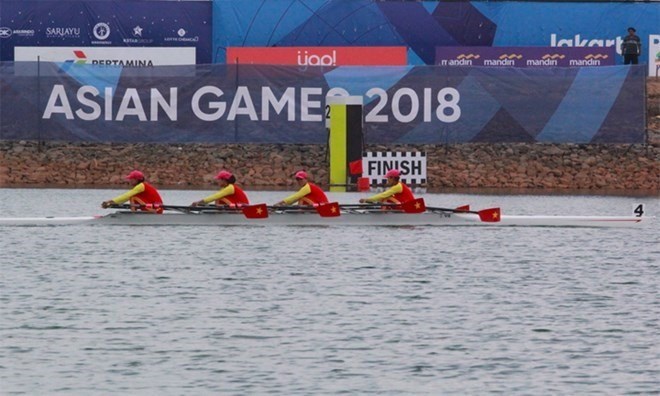 The team, including Pham Thi Hue, Dinh Thi Hao, Le Thi Hien and Tran Thi An, won the medal at the women’s four event with 7:14.52.

This was the fifth silver medal obtained by the Vietnamese sports delegation at ASIAD 2018 by August 24 noon.

ASIAD 2018 is taking place in the two major Indonesian cities – Jakarta and Palembang, with the participation of 15,000 athletes and coaches from 45 countries and territories competing in 40 sports.

The Vietnamese delegation consists of 523 people, including 352 athletes. They aim to snatch at least three gold medals.

At the previous ASIAD in 2014, Vietnam won one gold, 10 silver and 25 bronze medals, ranking 21st in the overall medal tally. 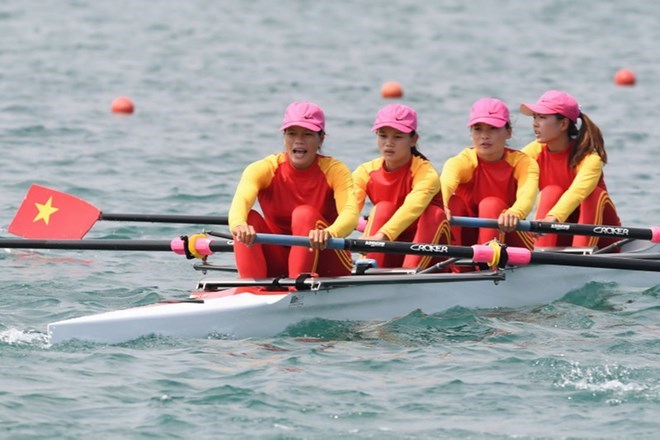 The female rowing team, who secured the first gold medal for Vietnam on August 23 at the ongoing Asian Games (ASIAD) 2018 in Indonesia, received a reward of 650 million VND (around 28,000 USD) the same day.

Of the sum, 50 million VND (2,146 USD) was awarded by Minister of Culture, Sports, and Tourism Nguyen Ngoc Thien, who is also President of the Vietnam Olympics Committee, while the rest came from donors.

Thien lauded the rower’ efforts, expressing his hope that the Vietnamese sports delegation will reap further successes in the upcoming ASIAD competitions.

On the afternoon of August 23, Tran Duc Phan, head of the Vietnamese delegation, arrived in Indonesia’s Palembang city, where the rowing event was held, to present the rowers with the financial bonus.

“This gold medal has made history for Vietnamese rowing as only bronze medals had been won in previous tournaments,” he said, adding that it has also helped to motivate athletes in other sports, such as like karate, volleyball, and pencak silat, to make better performances over the next few days.