Vietnam are ready to face Japan in the third match of Group D of the Asian Games (ASIAD) 2018 in Indonesia on August 19, according to midfielder Nguyen Quang Hai. 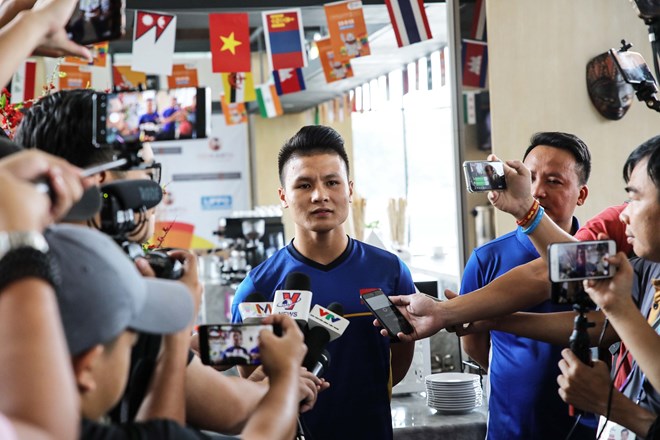 The match, which will be held at the Wibawa Mukti Stadium at 4pm (Hanoi time), will decide the winner of group.

“We are ready for the game with Japan. They are very strong but we are confident to play well,” said Hai.

Hai also said that his role in the team wasn’t important. The most important thing was how he played.

“We are ready to obey the training board’s tactics for the upcoming match,” he added.

Hai, who shone at the AFC U23 Championship final held in China in January to help Vietnam win the silver medal for the first time, has scored one goal for Vietnam in this tournament.

Vietnam and Japan both have six points and goal difference of five after two matches but the Vietnamese side top the group because of fairplay rule. Vietnam have not received any yellow cards, while Japan have one.

Park said Vietnam completed their target of reaching the quarter-finals of the ASIAD, but are hungry to go further, starting with a win over Japan.

In other news, Vietnam’s female football team will first meet Thailand on August 19 in the Asian event and then take on Japan on August 21.