ASIAD 2018: Vietnam jumps to 14th on fifth day of competition

Posted by: vivian on August 25, 2018 in Sports Comments Off on ASIAD 2018: Vietnam jumps to 14th on fifth day of competition

The Vietnamese delegation won its first gold medal at the ongoing Asian Games (ASIAD) 2018 in Indonesia on August 23, ranking 14th in the medal tally. 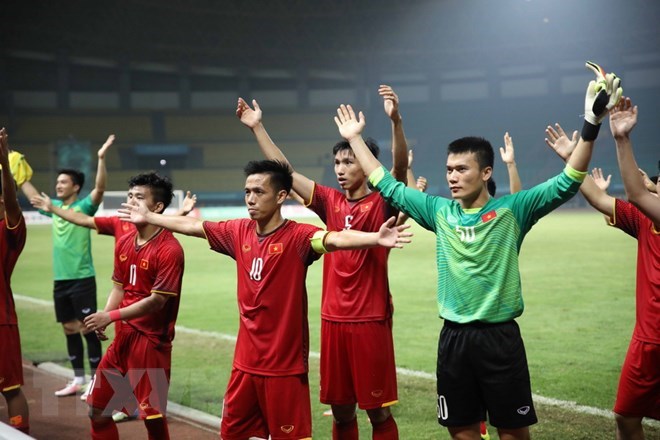 Vietnamese athletes were shiny on the fifth day of competition as the Vietnamese female rowing team brought the first gold medal.

Moreover, the male football team made history with its first entrance into the ASIAD quarter-finals after winning 1- 0 against Bahrain. They will face Syria on August 27.

After five days of competition, Vietnam was in the 14th place in the medal standings with one gold, four silver and seven bronze medals.