Posted by: vivian on August 22, 2018 in Sports Comments Off on ASIAD 2018: Two Vietnam footballers listed in typical team of qualifying round

Vietnamese defender Do Duy Manh and midfielder Nguyen Quang Hai were listed in the typical men’s football team of the 3-4-3 formation in the qualifying round at the ongoing Asian Games 2018 (ASIAD) in Indonesia, according to Goal – an international association football news website. 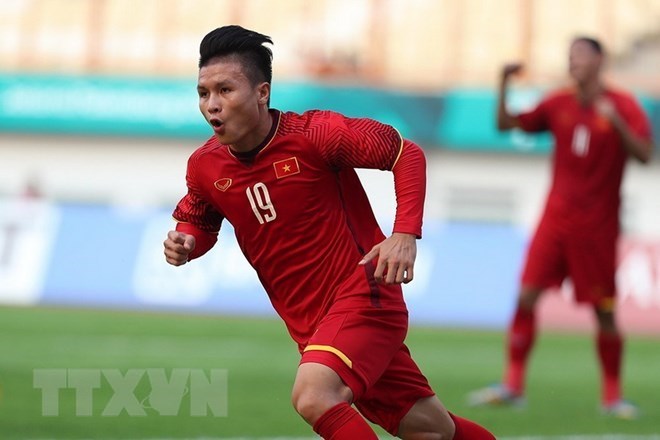 The two showed excellent performance in the round, which helped their squad secure victory in all the three matches.

Defender Dostonbek Tursunov and right midfielder Dostonkbek Khamdamov from Uzbekistan as well as Chinese goalkeeper Chen Wei and left midfielder Wei Shihao also made their names in the list.

The remainders were defender Abdelatif Bahdari from Palestine and striker Hwang Ui-jo from the Republic of Korea.-VNA