Posted by: vivian on September 15, 2017 in Society Comments Off on Death in Thua Thien-Hue as Storm Doksuri nears

Torrential rains triggered by Typhoon Doksuri left two dead and one missing in the district of Phong Dien, central Thua Thien Hue Province on the morning of September 15, according to local officials. 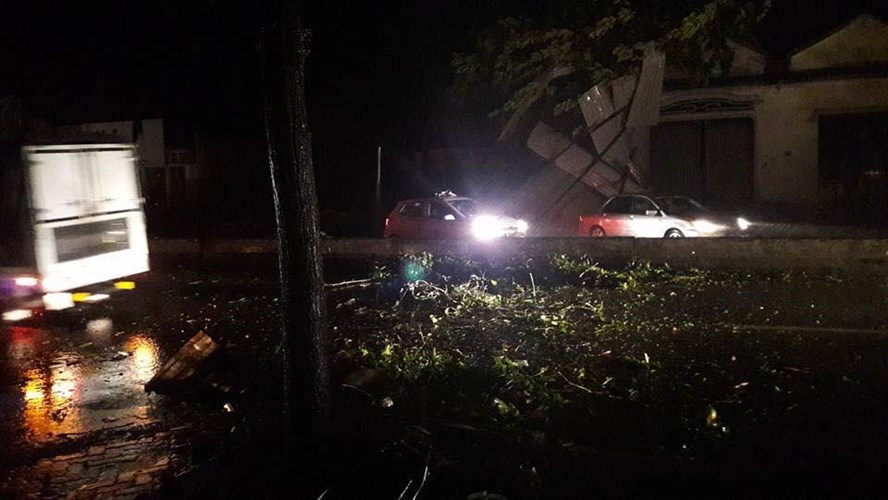 Many trees knocked down in Thua Thien-Hue Province on September 14 evening.

Heavy rains and floods have swept away two people in Hue City. Ngo Van Hien was killed while going to work in the rubber plantation.

Due to heavy rain, strong currents in a local stream swept him away. His body has been found.

Three-year-old Nguyen Viet Sang went out to the beach on September 13 and was swept away. He is still missing.

On September 15, Chairman of Thuy Duong Ward People’s Committee Phung Huu Trong announced that over 100 houses had been damaged.

The whirlwind last night also knocked down many trees. The authorities are assessing the damage and repairing houses for the locals.

“I’ve directed forces to repair the houses so that the locals can resume their daily lives as soon as possible,” said Trinh Duc Hung, chairman of Phong Dien District.

Many provinces in the northern central region have made plans to evacuate thousands of people to avoid Doksuri.

Local authorities have called out to fishing boats to seek shelters and the locals to prepare for the storm.

Torrential rains and strong wind uproot many trees and destroy posters on the streets of Dong Hoi City. Quang Binh cut off the electricity in districts of Le Thuy, Quang Ninh and Bo Trach and all pupils are allowed to stay home for safety.

Measures to cope with the big storm have been taken since September 14 in Nghe An Province.