Posted by: vivian on August 24, 2018 in Environment Comments Off on VN Steel Association insists on importing scrap steel, raising concerns about environment risks

VietNamNet Bridge – Experts have warned about scrap imports heading for Vietnam as China has stopped importing some types of scrap. 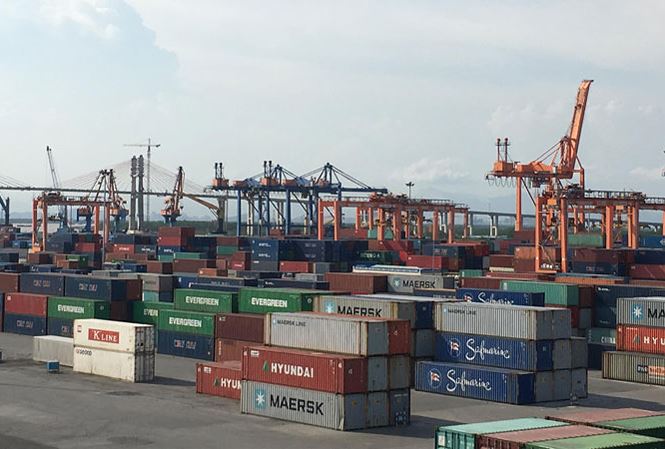 The Ministry of Industry and Trade (MOIT) estimates that if the scrap imports cannot be blocked, the amount of money Vietnam has to pay for the imports would amount $1.7 billion.

In the latest document to the Ministry of Natural Resources and the Environment (MONRE) and other agencies, the Vietnam Steel Association (VSA) asked for an extension of licenses and new licenses to import scrap steel, which is important input material for domestic steel manufacturing.

Making steel from steel scrap is an environmentally friendly technology, because this is a recyclable material. With the production method, the power consumption and greenhouse gas emissions are just equal to one-fifth of the cost of making steel from iron ore.

VSA emphasized that the method is being applied in many countries because this helps save natural resources and ensure sustainable development amid the forecast that the world’s iron ore will last for 70 years.

According to MOIT, the scrap steel imports in the first six months of the year reached 2.5 million tons, an increase of 83 percent over the same period last year.

The ministry has warned that if Vietnam doesn’t restrict the imports, the import turnover may reach $1.5-1.7 billion.

The General Department of Customs (GDC), at a press conference on July 30, said that by the end of May 2018, Vietnam had imported more than 2 million tons of scrap steel to serve domestic steel production.

What most concerns experts is that scrap imports include the steel from old equipment, machines and construction works, especially ones from chemical plants.

Earlier this year, when answering inquiries from National Assembly’s deputies, Minister of MONRE Tran Hong Ha said many countries say ‘no’ to scrap imports. As for Vietnam, which is not technologically capable enough to treat waste, saying ‘no’ to scrap and waste is a necessity.

In 2017, Vietnam imported 5.5 million tons of scrap material, worth $1.8 billion. The figures were 4.9 million tons and $1 billion, respectively.

It is estimated that about 11,000 tons of scrap steel were imported to Vietnam each day in the first months of 2018 by 72 importers.