Breaking News
You are here: Home » Environment » Landslides in Mekong Delta could lead to serious flooding

Landslides in Mekong Delta could lead to serious flooding

Posted by: vivian on November 7, 2017 in Environment Comments Off on Landslides in Mekong Delta could lead to serious flooding

VietNamNet Bridge – There are 562 landslide spots in Mekong Delta with total length of over 786 kilometers, according to the General Department of Disaster Prevention and Control. 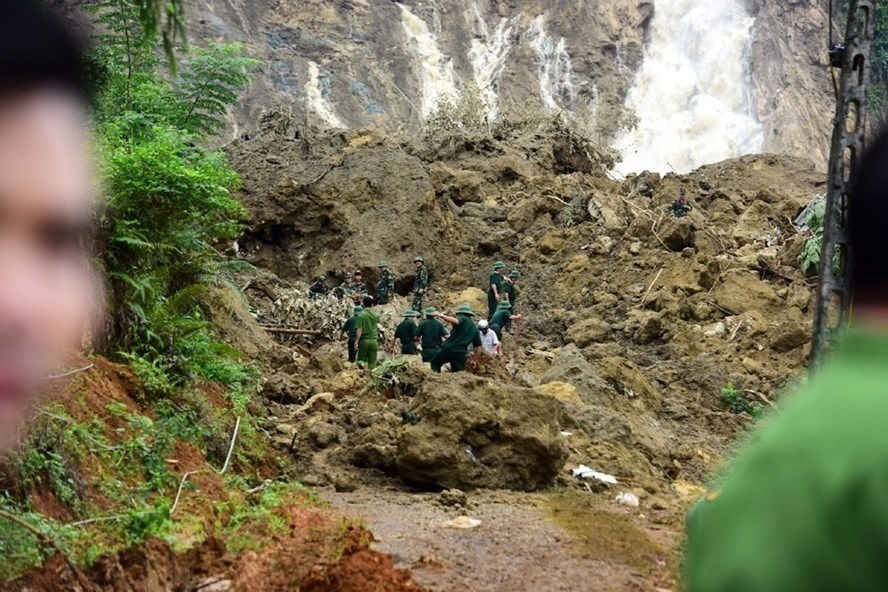 These include 21 riverbank spots (37 kilometers) and 19 coastal spots (94 kilometers).

The big problem is that landslides not only occur in flood season, but also in dry season. And landslides are occurring everywhere, from main rivers to canals and arroyos.

MARD (the Ministry of Agriculture & Rural Development) believes that one of the major reasons is the establishment of water reservoirs.

According to Lu Cam Khuong from An Giang provincial authorities, 228 landslide cases occurred in the period from 2010 to October 2017, causing a loss of 345,426 square meters of land and damages with VND288 billion.

Citing many reasons, including climate change and extreme weather, Khuong emphasized that human socio-economic activities are the major factors.

Since the hydropower dams in the upper course retain sludge and sand, the river flow regime has changed. Meanwhile, massive sand exploitation is carried out in all Mekong countries.

A WWF report released in 2013 showed that the average amount of sand exploited in 2011-2012 was estimated at 35 million cubic meters.

Population increase and infrastructure development have also caused landslides. Reports show that the population in the delta was 16.13 million in 1999, while the figure rose to 17.66 million in 2016 and the housing area increased by 18 million square meters a year.

Nguyen Long Hoai, a provincial authority officer, said coastal erosion has become more serious in recent years. Since 2007, about 4,060 hectares of forests have been cleared because of erosion.

In Dong Thap province, 30-50 hectares of riverside land are lost every year because of landslides.

The Southern Institute for Water Resources Planning believes that solutions such as concrete embankments have been effective, but are too costly (VND80-100 billion per kilometer).

Therefore, these works should only be applied in important coastal areas and seriously affected landslide-stricken areas. In the long term, other solutions should be applied, such as development of mangroves and coastal ecosystems.

Measures to prevent landslides in the Mekong Delta

Previous: Having more babies easier said than done
Next: Should children be allowed to ‘grow up naturally’, or shaped in certain ways?