Breaking News
You are here: Home » Environment » Forests sold within four to six years after planting

Forests sold within four to six years after planting

Posted by: vivian on August 27, 2018 in Environment Comments Off on Forests sold within four to six years after planting

VietNamNet Bridge – Experts have voiced concern about the short life cycle of forests which are sold four to six years after planting. 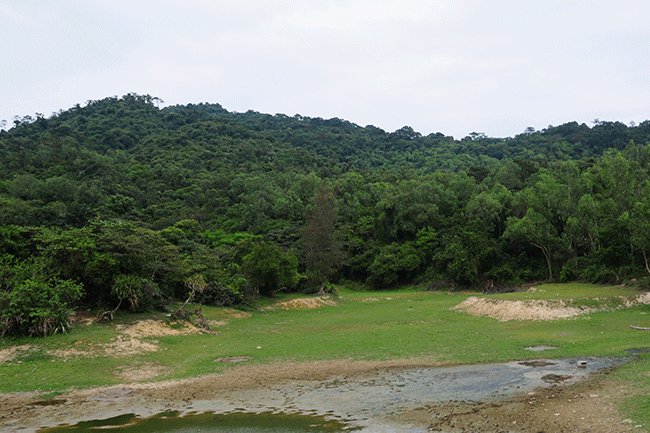 Vietnam has three million hectares of production forests, 90 percent of which are acacia forests which provide materials to the woodwork industry.

Ngo Sy Hoai, deputy secretary general of the Vietnam Timber and Forest Products Association (Vifores), said at a government conference on the woodwork and forestry industry development in early August that since 2014, Vietnam has exported 8 million tons of dry woodchips each year, becoming one of the biggest exporters in the world. Of this amount, 60 percent goes to China.

To have 8 million tons of woodchips for export, Vietnam needs 16 million cubic meters of timber. With the current export prices of between $121 per ton (to China) and $124 to Japan, Vietnam can earn only $1 billion each year.

With such an export price, woodchip exporters can only pay VND1-1.2 million for each ton of acacia timber they collect from farmers to make profit. After paying the import tax of 2 percent, exporters pocket the profit of 1-2 percent.

With the high number of forest plantations, Vietnam has approximately 3 million hectares of planted forests.

However, a question has been raised whether Vietnam should continue to be a cheap woodchip supplier that feeds the paper industry of many other countries.

The life cycle of a forest begins when trees are planted and finishes when they are harvested. The problem that concerns Hoai is that the life cycle is getting shorter. Trees are cut down just five to six years after planting, or four years at times.

Also according to Hoai, foreign experts say that Vietnam is planting forests and selling young forests, not doing forestry. As demand for materials for the paper industry hasn’t increased, Vietnam will see difficulties if it increases woodchip exports.

The experts commented that Vietnam’s woodwork industry has developed thanks to a productivity increase, not high technology, and the high quality products which make Vietnam’s products different from others. Thus, Vietnam needs to restructure the industry.

To have stable timber material sources, Vietnam needs to build a long-term and sustainable material growing area program. As the area for planting forests is limited, the only choice Vietnam can make is improving acacia plantation productivity to increase the timber output.

According to the Ministry of Agriculture and Rural Development (MARD), Vietnam exported $8 billion worth of timber and forest products in 2017, while the figure is expected to rise to $9 billion this year.