Vietnam’s Bach Ma National Park in Thua Thien Hue province has been selected for the construction of the world’s first saola breeding centre, which is scheduled to be inaugurated in late 2017 or early 2018. 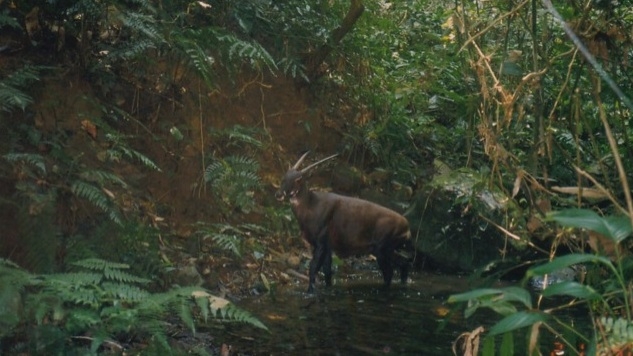 The announcement was made at the second-annual World Saola Day on July 9 by the Vietnam’s Ministry of Agriculture and Rural Development in technical partnership with the Saola Working Group (SWG).

The project marks a significant milestone for the international partnership, in developing the first-ever conservation breeding program for the saola, an antelope-like mammal, so rare that no biologist has ever seen it in the wild.

“Time is running out for the saola,” stressed William Robichaud, coordinator of the Saola Working Group of the International Union for Conservation of Nature (IUCN) Species Survival Commission (SSC).

With the support and expertise of some of the world’s premier field conservation organisations, leading conservation-oriented zoos and the governments of both countries, we are well-positioned to make a difference before it’s too late, he said.

However, before bringing any animals into the centre, the team will need to find them. Since the species was first discovered in 1992, only around 10 saola have ever been captured alive, all caught by locals in Laos and Vietnam. The last saola known to be captured alive was in 2010, in a village in Laos. It died a week later.

The most recent camera trap photos were taken in 2013, when a WWF camera trap caught images of an animal in a saola nature reserve in central Vietnam. It was the first photo captured of a saola in the wild for more than 15 years.

According to WWF-Vietnam Country Director Van Ngoc Thinh, we are in a race against the clock to save the saola and it will take an all-out effort to ensure their survival—through captive breeding and increased enforcement efforts against poaching, wildlife trade and habitat destruction.