Breaking News
You are here: Home » What’s On

September 5, 2018 Comments Off on Int’l stars perform in Hanoi 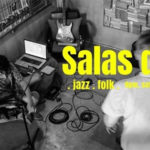 September 4, 2018 Comments Off on Vietnamese folk paintings on display at the Thang Long Imperial Citadel 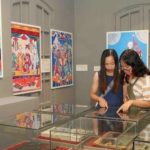 The line-up for Southeast Asia’s biggest underground dance music festival has gotten even bigger. This year’s edition of Epizode festival promises to be the biggest yet. (Photo courtesy of the organisers) Last week, the organisers released the second wave of acts set to grace the decks at the third edition of Epizode festival on idyllic Phu Quoc island in southern ... END_OF_DOCUMENT_TOKEN_TO_BE_REPLACED

Experience the original Oktoberfest in Vietnam

September 3, 2018 Comments Off on Experience the original Oktoberfest in Vietnam 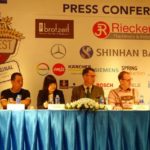 The GBA Oktoberfest Vietnam 2018 will be held in HCMC in late September and in Hanoi in mid-October by the German Businesses Association (GBA) and the Delegate of German Industry and Commerce in Vietnam under the patronage of the Embassy of Germany. Representatives of the organizers and sponsors speak to the media at the announcement ceremony of GBA Oktoberfest Vietnam ... END_OF_DOCUMENT_TOKEN_TO_BE_REPLACED

September 3, 2018 Comments Off on Paintings by Vietnamese, Chinese artists showcased in HCM City 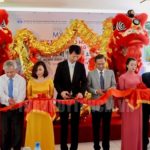 Nearly 60 paintings featuring the urban life by more than 50 artists from Ho Chi Minh City and Shanghai city of China are being displayed at an exhibition in the Vietnamese southern hub.  At the opening ceremony The exhibition is jointly held by the HCM City Union of Literature and Art Associations (HCMC ULAA), and the Shanghai Federation of Literary ... END_OF_DOCUMENT_TOKEN_TO_BE_REPLACED

Vietnamese-Australian superstar to appear in Saigon

September 2, 2018 Comments Off on Vietnamese-Australian superstar to appear in Saigon

September 1, 2018 Comments Off on Contemporary music concert “Shades of the Sounds”

Manzi Art Space in Hanoi will host “Shades of the Sounds”, a contemporary music concert by the Hanoi New Music Ensemble and Dong Kinh Co Nhac (the Ancient Music Group of Tonkin) on September 8, 2018, starting at 8 p.m. “Shades of the Sounds” concert will feature artists from the Hanoi New Music Ensemble  As a way of expression and ... END_OF_DOCUMENT_TOKEN_TO_BE_REPLACED

September 1, 2018 Comments Off on Violinist Christian Tetzlaff to perform in Vietnam 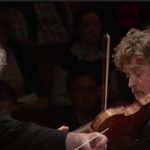 German violin soloist Christian Tetzlaff will perform in a concert by the Tokyo-based NHK Symphony Orchestra at Hanoi Opera House on September 7. Christian Tetzlaff (R) plays the third movement of Johannes Brahms’s Violin Concerto in D major with the Berliner Philharmoniker under the baton of Sir Simon Rattle Christian Tetzlaff, born in 1966 in Hamburg, has been one of ... END_OF_DOCUMENT_TOKEN_TO_BE_REPLACED

Paragliding festival to return to Yen Bai next month

August 31, 2018 Comments Off on Paragliding festival to return to Yen Bai next month 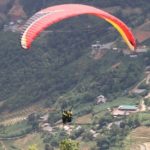