TOKYO — The Olympic flame arrives in Japan on Friday, with what should have been a joyous celebration dramatically downscaled as doubts grow over whether the Tokyo Games can go ahead during the coronavirus pandemic. Organisers have already taken the “heartbreaking” decision to pare back events surrounding the torch relay, as the world battles the virus that has killed more ... END_OF_DOCUMENT_TOKEN_TO_BE_REPLACED 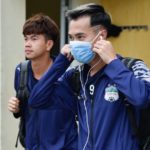 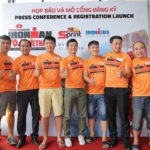 September 4, 2018 Comments Off on Achievements of Vietnam at Asian Games (ASIAD) 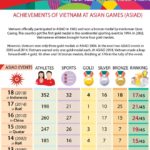 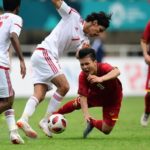 The Vietnamese delegation pocketed a total of 4 gold, 16 silver and 18 bronze medals, finishing 17th in the tally of the 2018 Asian Games (ASIAD) in Indonesia by 9.30pm on September 1. The match for the bronze medal between Vietnam (in red) and the United Arab Emirates (UAE) in the men’s football of ASIAD 18 on September 1 Vietnam ... END_OF_DOCUMENT_TOKEN_TO_BE_REPLACED

Vietnam Television (VTV) has won the rights to broadcast all 28 matches of the 2018 AFF Suzuki Cup, which is scheduled for November 8 to December 12, as announced by the Vietnam Football Federation (VFF). Accordingly, Lagardère Sports, the official football supplier of the 2018 AFF Suzuki Cup, agreed to sell the broadcast rights to VTV, Lao National Television (TV ... END_OF_DOCUMENT_TOKEN_TO_BE_REPLACED 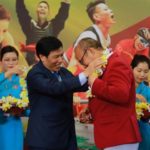 The Vietnamese sport delegation attending the 2018 Asian Games (ASIAD) in Indonesia returned home in the warm welcome of thousands of fans in Hanoi on September 2. Minister of Culture, Sports and Tourism Nguyen Ngoc Thien (L) presents flowers to head coach of the Olympic men’s football team Park Hang-seo The delegation arrived at the Noi Bai International Airport at ... END_OF_DOCUMENT_TOKEN_TO_BE_REPLACED 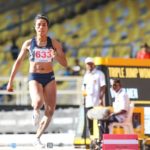 Vietnamese athletes earned three more bronze medals in athletics and kurash on August 30, standing at the 15th place in the medal tally on the 12th day of the ongoing 2018 Asian Games (ASIAD) in Indonesia. Vu Thi Men leapt 13.93m in the women’s triple jump to win a bronze medal for Vietnam at ASIAD 18 (Source: plo.vn) Runners Nguyen ... END_OF_DOCUMENT_TOKEN_TO_BE_REPLACED 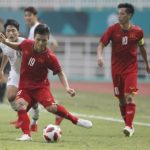 September 1, 2018 Comments Off on Cuiest Chien: from poor child to world champion

VietNamNet Bridge – Tran Quyet Chien, 35, has become the first Vietnamese cueist to ever win the top prize at the Billiards World Cup after beating his countryman Ngo Dinh Nai 40-39 in the final of the recent Three-Cushion Carom Billiards World Cup held in HCM City. Thanh Nga talks to him about his career. World champion: Vietnamese cueist Tran ... END_OF_DOCUMENT_TOKEN_TO_BE_REPLACED