Dancer Snoop Glee from La Difference dance crew will be a judge at the “Ayyo Hiphop 2021” competition held at the HCM City Labour Cultural House on March 6. — Photo courtesy of the organiser HCM CITY — A competition called “Ayyo Hiphop 2021” with professional and amateur dancers from HCM City and neighbouring provinces will be held at the HCM City Labour ... END_OF_DOCUMENT_TOKEN_TO_BE_REPLACED

Nguyễn Thanh Hà Hà Nội is home to many famous specialities but few are as mouthwatering as thịt quay đòn (roast port belly) in the ancient village of Đường Lâm, about 44km from the city centre. It is said that King Ngô Quyền (939-944), whose native village is in Đường Lâm, after defeating the Southern Han invaders from China ordered chefs to ... END_OF_DOCUMENT_TOKEN_TO_BE_REPLACED 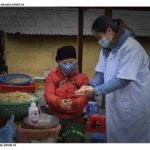 Children and their parents play at Lý Thái Tổ Square in Hoàn Kiếm Lake. — VNA/VNS Photo Hoàng Hiếu HÀ NỘI — A campaign seeking ideas for Hà Nội’s street decoration and lighting for this year has been launched by the municipal Department of Culture and Sports. According to the organisers, the campaign aims to create a joyful and exciting atmosphere for citizens ... END_OF_DOCUMENT_TOKEN_TO_BE_REPLACED

Buffalo tours in Hội An prove a hit 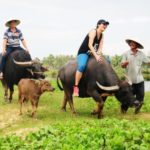 Lê Hương Buffaloes have been considered close companions and among the most valuable property of farmers. For many farmers in Hội An in the central province of Quảng Nam, buffaloes are also the highlights of eco-tours hosted by the Jack Trần Tours company. So in the Year of the Buffalo, they have more tales about the animals to tell than ... END_OF_DOCUMENT_TOKEN_TO_BE_REPLACED 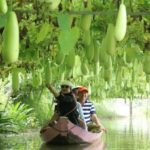 Mỹ Khê Beach in Đà Nẵng City. VNA/VNS Photo HCM CITY – TripAdvisor readers have named Mỹ Khê in the central city of Đà Nẵng and An Bàng in Hội An City among the most beautiful beaches in Asia. Around three kilometres from Hội An, An Bàng was in the 24th position on the list of 25 best beaches in Asia, while Mỹ Khê finished ... END_OF_DOCUMENT_TOKEN_TO_BE_REPLACED

Visitors to the Hùng Temple Relic are asked to wear masks and keep their distance from others. — VNA/VNS Photo Trung Kiên HÀ NỘI — The Hùng Kings Festival, which pays tribute to the founders and first kings of the nation, will be held similarly to last year, with ceremonial activities but no festivities. The plans for the national major festival were ... END_OF_DOCUMENT_TOKEN_TO_BE_REPLACED