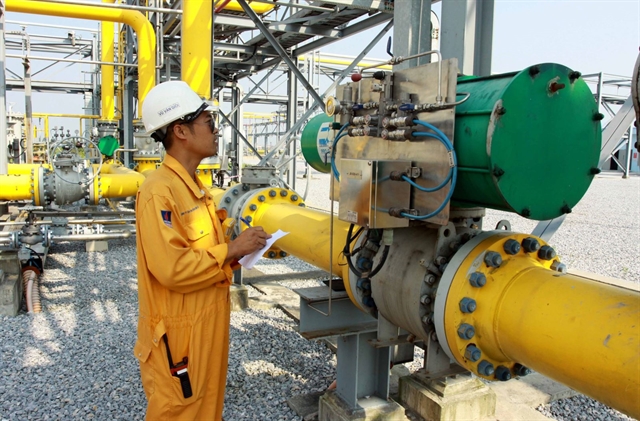 HÀ NỘI — Vietnamese shares bounced back on Wednesday thanks to the upbeat global mood as massive stimulus efforts injected optimism amid the rapid spread of COVID-19.

The benchmark VN-Index on the Hồ Chí Minh Stock Exchange gained 4.71 per cent to close the session at 690.25 points, its largest one-day percentage gain in eight years.

The last time the VN-Index experienced a rise of more than 4 per cent was on March 5, 2012, when the index increased by 4.01 per cent.

The US Congress announced on Tuesday they passed a $2 trillion stimulus package to contain the economic damage from the COVID-19 pandemic.

Investor worries of an economic downturn were soothed somewhat after the US Congress announcement.

On the Vietnamese market, 26 of the 30 largest stocks by market capitalisation and trading liquidity in the VN30 basket advanced.

“The VN-Index is recovering well from 653 points, forming strong support for the index in the short term. The index is forecast to head towards the resistance 700-720 points in several sessions, where a throwback to support 653-573 is expected with potential volatility and corrections,” said Bảo Việt Securities Co.

“The index still remains under the negative influence of the unexpected movements of the COVID-19 pandemic, foreign investors’ net selling pressure and negative movements of global markets,” the company said.

The northern market inched up 0.5 per cent to end Tuesday at 96.95 points.

Nearly 48.7 million shares were traded on the northern bourse, worth VNĐ430.8 billion. — VNS

Previous: Afro-jazz star Manu Dibango dies after contracting coronavirus
Next: Musician wants his work to speak for itself