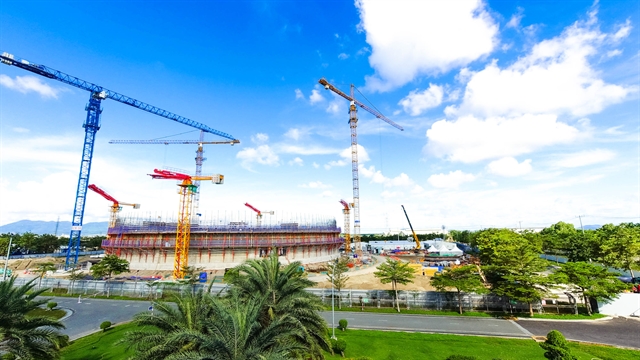 HÀ NỘI — The market was mixed on Wednesday, with the VN-Index extending gains as investors’ sentiment continued to improve.

The market’s breadth was positive with 271 stocks climbing, of which 17 stocks hit ceiling prices, while 178 stocks declined. Liquidity did not fluctuate much over on Wednesday, as 566.3 million shares were traded on the southern bourse, worth over VNĐ13.84 trillion (US$598.1 million).

The index’s rallies were driven by sharp gains in some large-cap stocks, especially in manufacturing, realty and banking sectors. The VN30-Index, which tracks the 30 biggest stocks on HoSE, jumped by 6.86 points, or 0.54 per cent, to 1,286.41 points.

In the VN30 basket, ten stocks increased with two stocks rising up to 7 per cent – the maximum daily gain, while 13 stocks slid and seven stayed unchanged.

Masan Group (MSN) was the biggest gainer on Wednesday and led the general uptrend. It finished the trading day at VNĐ103,200 per share, up 7 per cent. It was followed by PV Gas (GAS), Becamex (BCM), Techcombank (TCB) and Sacombank (STB). These stocks climbed at least 3.44 per cent.

However, gains were limited by losses in some pillar stocks, including Vietcombank (VCB), Sabeco (SAB) and FPT Corporation (FPT).

The northern bourse benchmark HNX-Index on the Hà Nội Stock Exchange (HNX), meanwhile, retreated after rising for two straight sessions. Of which, it lost 5.6 points, or 1.78 per cent, to 309.84 points.

During the trade, investors poured over VNĐ1.8 trillion into HNX, equivalent to a trading volume of nearly 83.3 million shares.

Foreign investors were net buyers on both main exchanges. They net bought VNĐ171.57 billion on HoSE and VNĐ375.97 million on HNX. — VNS