Posted by: vivian on August 1, 2020 in Business Leave a comment 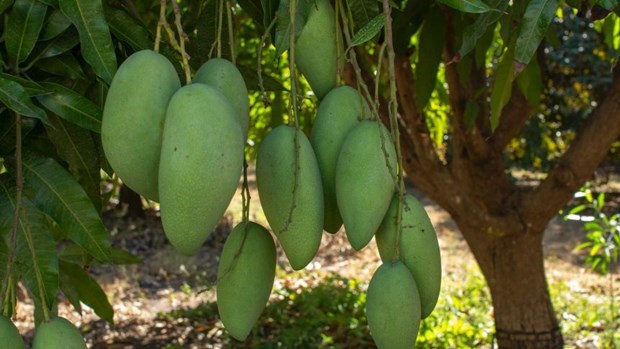 SYDNEY — Figures released by the Australian Department of Agriculture revealed that exports of Vietnamese green mangoes to Australia doubled year-on-year in the first six months of this year.

During the period, a total of 124 tonnes of Vietnamese green mangoes were imported into Australia, up 51 tonnes against the same period last year.

According to a report by ABC Rural, the competition from Vietnamese mangoes has made the price in Southern Territories drop some 40 per cent, from about A$80 (US$63) per tray last year to A$50 ($35) per tray this year.

Most of the exported green mangoes were sold to restaurants, not supermarkets, where they were used in Southeast Asian cuisine.

Since July 20, Vietnamese durian has been promoted in Australia by the Vietnamese Commercial Affairs Office in Australia and the New South Wales-based ASEAN company. The firm has imported 7 tonnes of frozen durian from the Southeast Asian country.