Posted by: vivian on November 20, 2020 in Business Leave a comment 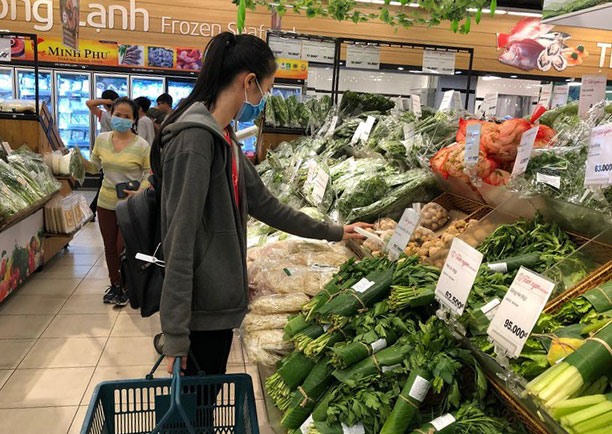 Nearly 80 per cent of Vietnamese shoppers do not bring their own bags, resulting in the increasing use of plastic bags. — Photo hanoimoi.com.vn

HCM CITY — Sustainability has been a growing topic of interest to Vietnamese consumers in recent years though awareness levels remain well below the global average.

According to Kantar’s latest study on the environment done on a global scale, environmental issues such as plastic waste, water pollution and air pollution are among the top five concerns of Vietnamese in addition to food safety.

Facing increasing climate changes along with escalating levels of pollution, especially in the two key cities of Hà Nội and HCM City, there is an increasing environment consciousness among a group of Vietnamese consumers who are willing to take action to improve the situation such as reducing plastic waste, recycling and opting for healthier and sustainable lifestyles.

But such people only account for 35 per cent whereas the global rate is 59 per cent, Võ Thị Kim Như, senior account manager, Worldpanel Division in Việt Nam, told a recent webinar.

Moreover, nearly 80 per cent of Vietnamese shoppers do not bring their own bags, resulting in the increasing use of plastic bags, the study found.

Như also listed the reasons that prevent Vietnamese from living ‘green’ as knowledge barrier since authorities and enterprises do not propagate environmental protection, a belief the situation is not too bad, which requires an emphasis on the alarming state, and the fact that sustainable and environment-friendly products are hard to find and are expensive.

In fact, one of the activities that has been promoted and encouraged by the authorities and enterprises in Việt Nam recently is recycling.

But Vietnamese consumers remain very vague about which products can be reused, recycled and replaced, where these products can be collected, how products are recycled, and what will happen to them after recycling, Như said.

Top concerns of shoppers about global environment issues. Plastic waste, water pollution and air pollution are among the top five concerns of Vietnamese in addition to food safety. — Source Kantar

Furthermore, a quarter of the study respondents said recycling is inconvenient.

In the past few years the Government has been undertaking environmental protection projects with the aid of local and foreign businesses, organisations and individuals.

The establishment of this alliance promises many practical green initiatives and actions.

Besides, many initiatives have been taken by businesses such as using paper and recycled plastic straws and packaging in coffee and tea shops and supermarkets and food to non-food brands.

However, surprisingly, only 5 per cent of participants could name manufacturers or brands that are taking environment-friendly initiatives.

Kantar’s Worldpanel data also found that a majority of the aware consumer group stopped buying certain products and services because of their impact on the environment or society.

This implies the importance of this group of consumers. By involving and engaging with them brands will have opportunity to achieve a sustainable development in the future.

Đoàn Quốc Tuấn, senior marketing executive at Tetra Pak, said: “Sustainability is no longer just a nice thing to do or trend. It is a licence to do business in the long term.” — VNS