Posted by: vivian on February 24, 2020 in Business Comments Off on Vietnam Airlines, Vinpearl to boost VN-Russia tourist links 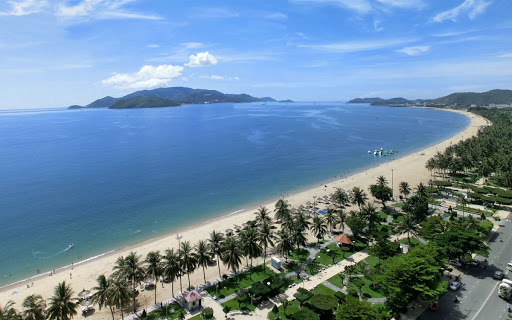 The Nha Trang Beach in the central province of Khánh Hòa. Nha Trang is one of the most favourate tourism destinations of Russians in Việt Nam. Photo truyenhinhdulich.vn

HÀ NỘI — Vietnam Airlines and Vinpearl will team up to open eight weekly flights between Việt Nam and Russia in 2020, a representative from the national flag carrier revealed.

The routes will connect four Russian cities – Moscow, Vladivostok, Novosibirsk, and Ekaterinburg with Nha Trang and Phú Quốc– the two most popular destinations in Việt Nam.

The first route between Moscow and Nha Trang will be put into operation on March 12 offering two flights per week.

Meanwhile, Vinpearl Travel Russia, a subsidiary of Vinpearl, the resort company under private conglomerate Vingroup, will open an office in Moscow on March 3 to promote first hi-end tourism service package to the Russian market, which covers flights, tourist and insurance services.

Potential markets such as Europe, North America and India will also be in Vinpearl’s plans.

According to the Việt Nam National Administration of Tourism (VNAT), the number of Russian tourist arrivals in Việt Nam grows by 30 per cent annually on average, with the total number of arrivals expected to reach one million by 2020.

Some 88,000 Russian holiday-makers visited Việt Nam in the first month of this year, up 16 per cent year-on-year. — VNS

Previous: Director films action drama on female gangster
Next: Checking the health of your ears, nose and throat