Breaking News
You are here: Home » Business » Việt Nam gains higher exports to Canada and Mexico partly due to CPTPP 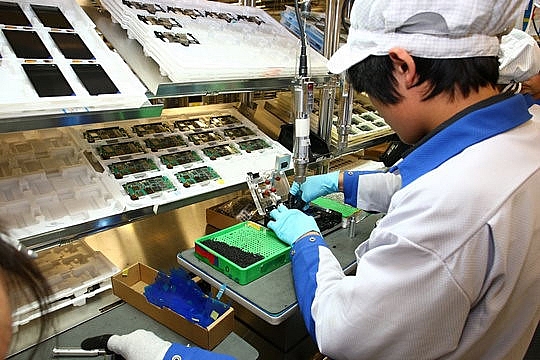 Việt Nam has gained high growth rate in exports to Canada and Mexico partly due to the CPTPP. Photo baodautu.vn

HÀ NỘI – Việt Nam has taken full advantage of the CPTPP to gain strong growth in exports to Canada and Mexico, according to the Ministry of Industry and Trade (MoIT).

These are the two CPTPP (Comprehensive and Progressive Agreement for Trans-Pacific Partnership) members that have not yet signed bilateral free trade agreement (FTAs) with Việt Nam.

In the first two months of this year, Việt Nam’s exports to Canada rose by 20.39 per cent to US$578 million year on year.

With over 37 million people, a high standard of living and an urbanisation rate at 80 per cent, Canada is considered a potential market for many key export items of Việt Nam, including textiles, footwear, seafood, tea, pepper, cashew nut, coffee and wooden furniture.

During the first two months, textile and apparel export value reached more than $100 million, up 5.86 per cent year on year. The export value of mobile phones and accessories surged by 104.22 per cent to $122.09 million compared to the same period last year.

Other products with strong growth in exports included the group of iron and steel and plastic materials with rates of 153.69 per cent and 354.06 per cent year on year, respectively.

Assessing the implementation of FTAs to promote exports, especially the CPTPP, Lương Hoàng Thái, director of the MoIT’s Department of Multilateral Trade Policy, told the Đầu tư (Investment) newspaper reported that Việt Nam’s enterprises have efficiently exploited markets with which Việt Nam has not yet signed FTAs.

In fact, Việt Nam’s enterprises have done more than expected, taking full advantage of the CPTPP, Thái said. In 2019, Việt Nam gained high growth in exports from the CPTPP countries, especially Canada and Mexico, while the agreement came into effect on January 14, 2019.

The country gained a year on year growth of 26-29 per cent in export value to Canada and Mexico last year, he said.

The CPTPP has partly contributed to the strong growth in exports of Việt Nam so the country had a trade surplus of $1.6 billion with the CPTPP market last year.

Before this agreement, Việt Nam had a total trade deficit of $900 million with this market, said Thái.

Meanwhile, the General Department of Customs said Việt Nam still recorded a trade surplus of $1 billion in the first half of March 2020, even during the novel coronavirus (COVID-19) pandemic.

In the first half of March, Việt Nam’s total trade value reached $21.47 billion, including export value of $11.2 billion and import value of $10.3 billion.

Therefore, the country achieved total trade value of $97.85 billion in the period from January 1 to March 15, up 4.4 per cent year on year. It had a trade surplus of $2.74 billion.