Posted by: vivian on November 14, 2019 in Business Comments Off on Việt Nam-China border trade fair opens in Lào Cai 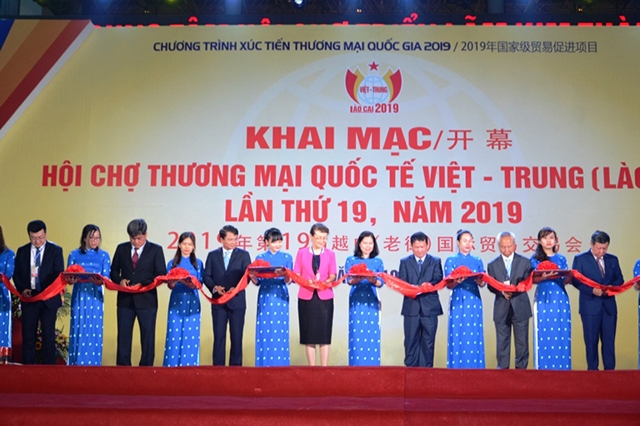 LÀO CAI — The 19th Việt Nam-China border economic and trade fair kicked off in Lào Cai City of the northern province of the same name on Tuesday.

Speaking at the opening ceremony, Vice Chairman of the Lào Cai People’s Committee Lê Ngọc Hưng stressed that Lào Cai and China’s Yunnan Province had nurtured a traditional friendship. The two localities have over the years joined hands to foster socio-economic development.

Export-import revenues through Lào Cai-Hekou border gates report an average growth of nearly 20 per cent per year, while the flow of tourists through their border gates rises over 21 per cent annually, he noted.

With more than 800 booths set up by Vietnamese and Chinese businesses, and those from Thailand and the Republic of Korea, the fair introduces a wide range of farm produce, seafood, building materials and handicrafts.

The annual event is rotationally held by Việt Nam’s Lào Cai Province and China’s Yunnan Province, aiming to promote trade between investors from the two countries and others.

It offers a chance for participating businesses to promote their products and seek opportunities to expand markets.

Within the framework of the five-day event, there will be a seminar on economic and trade cooperation between Lào Cai and Yunnan provinces, and the signing of contracts between Vietnamese and Chinese enterprises. As many as 24 businesses of the two sides have registered to ink contracts worth more than US$300 million.

On the occasion, a Chinese delegation will pay fact-finding trips to industrial establishments, border gate economic zones and tourist destinations of Lào Cai.