Posted by: vivian on February 14, 2020 in Business Comments Off on Trade experts upbeat on EU-Vietnam bigger trade and investment potential 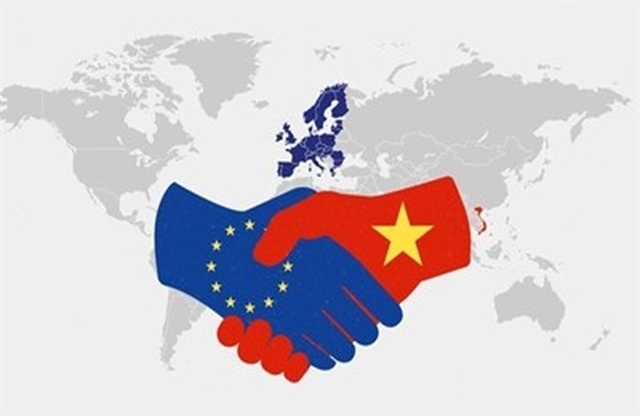 “This is a historic moment for EU-Việt Nam relations, and one which will open the door to a new chapter of increased trade and investments between our two sides,” Nicolas Audier, chairman of EuroCham told Việt Nam News.

“It will enable European business to be at the forefront of the next phase of Việt Nam’s socio-economic development, and ensure that Vietnamese companies and consumers have privileged access to European markets, products and services.”

On Wednesday in Strasbourg, France, the European Parliament (EP) gave its consent to the ratification of the EU-Việt Nam Free Trade Agreement (EVFTA) and EU-Việt Nam Investment Protection Agreement (EVIPA), which EP member Geert Bourgeois described ‘the most comprehensive and ambitious free trade agreements that the EU has signed with a developing country for the first time’.

“Việt Nam is one of the most open and free trade economies in the ASEAN region,” he said, affirming the agreements are an important step towards the EU’s goal of establishing a free trade pact with ASEAN.

The German Federal Minister for Economic Affairs and Energy told Vietnam News Agency the deals will unlock a huge market for EU’s products and services given that Việt Nam is an increasingly important market for EU businesses.

Meanwhile, director of the Federal German Industries also welcomed EP’s decision, saying German businesses “breathed a sigh of relief” when the agreements were ratified and called for quick entry into force of the agreement.

According to data of the Association of German Chambers and Commerce and Industry, German exports to Việt Nam reached 4.1 billion euro (about US$4.5 billion) in 2018, up 18 per cent year-on-year, while Vietnamese products shipped to the EU were worth 9.8 billion euro, up 1.4 per cent.

Vũ Tiến Lộc, chairman of the Việt Nam Chamber of Commerce and Industry, said EVFTA is a new generation free trade agreement which is considered a “Western highway”, connecting Việt Nam and a very large and global leading market in both financially and technology.

The spread of new coronavirus (Covid-19) is challenging the sustainability of global value chains in which Việt Nam is a part, and EVFTA would offer a golden opportunity to accelerate the shift of these value chains, Lộc said.

He said following the trade flow is investment capital and technology which EU businesses will bring that is expected to increase the added value and technology content of production stages in Việt Nam.

After the EU’s ratification, the next and final step before EVFTA can enter into force is a vote in the Việt Nam’s National Assembly in April-May this year, while EVIPA still needs parliamentary approval of all EU member states.

Vietnamese Minister of Industry and Trade Trần Tuấn Anh said the ministry will collaborate with other ministries to finalise the documents which will be sent to the President before submitting to the National Assembly.

If everything goes well, EVFTA will be ratified in May and enter into force in July, the minister said.

In addition, the ministry will also immediately review the Government’s action plan and report to the Government so that it will be signed for promulgation once the agreement is ratified, he said. — VNS