Posted by: vivian on February 4, 2020 in Business Comments Off on State treasury offloads more than $409 million of G-bonds in January 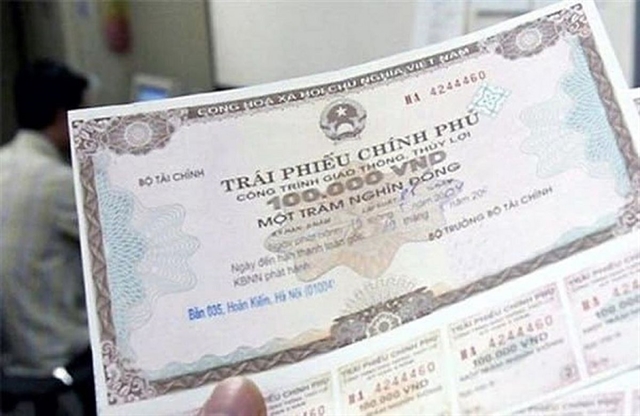 State treasury offloads more than US$409 million of G-bonds in January. — Photo cafef.vn

The exchange said compared to the previous month, the value was down 15.3 per cent.

HNX said 79.4 per cent of bonds issued by the State Treasury were sold at lower interest, with reductions of between 0.6 to 1.71 percentage point per annum for each term. Of which, the interest rates for the 7-year term fell the most at 1.71 per cent per annum.

Accordingly, the total trading volume of Government bonds by the ordinary trading method (outright) reached more than 833 million bonds, equivalent to the trading value of more than VNĐ98 trillion, down 10 per cent compared to the previous month.

The total volume of Government bond repo transactions reached more than 565 million bonds worth more than VNĐ62.6 trillion, down 30 per cent compared to the previous month.