Quảng Ninh maintains GRDP growth of more than 10 per cent 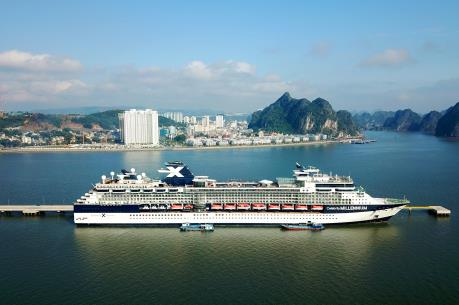 A view of the northeastern province of Quảng Ninh. — Photo bnews.vn

QUẢNG NINH — The northeastern province of Quảng Ninh’s gross regional domestic product (GRDP) has been estimated at 10.05 per cent in 2020 despite the adverse impact of COVID-19.

The province’s State budget collection is projected at VNĐ49.3 trillion (US$2.13 billion), surpassing the annual target by 9.4 per cent and up nearly 7 per cent compared to the same period of 2019.

Budget collection from export-import activities surged by 29 per cent against the estimates, while domestic collection fulfilled the target with VNĐ37 trillion, rising 7 per cent.

Secretary of the provincial Party Committee and Chairman of the People’s Council Nguyễn Xuân Ký said the province will spare no efforts in carrying out the dual targets of protecting people’s lives and boosting socio-economic development in the coming year, especially keeping its GRDP growth in double digits.

The province has set a goal to have modern industry and service sectors and become one of the region’s comprehensive and dynamic development hubs by 2025. — VNS