Breaking News
You are here: Home » Business » More than 800 firms stop operating or scale down because of coronavirus

Posted by: vivian on February 14, 2020 in Business Leave a comment 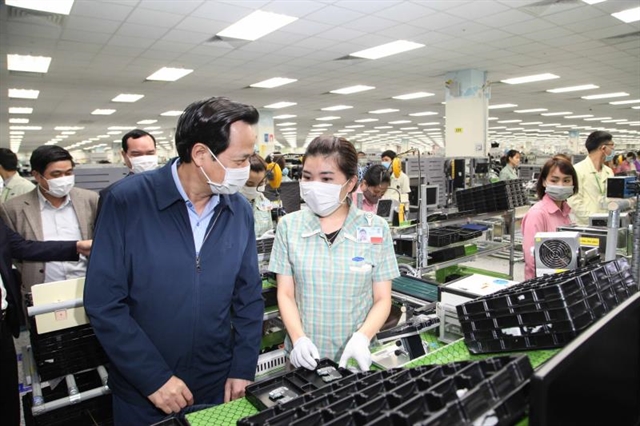 HÀ NỘI — More than 800 businesses and 8,700 employees have been affected by the novel coronavirus epidemic, according to the Ministry of Labour, Invalids and Social Affairs.

The ministry has just released a report on the impact of coronavirus.

Accordingly, a survey of 30 provinces and cities showed that 322 out of 181,597 enterprises have suspended operations, while 553 enterprises reduced or narrowed their production and business scale.

Twenty-two provinces and cities reported that 8,773 workers had been affected and 1,027 made unemployed.

Most Chinese workers have not returned due to the epidemic.

Data on the number of Vietnamese workers working abroad under contracts showed that Việt Nam currently has 524,153 employees working in mainland China and other countries and territories where COVID-19 cases have been confirmed, including Taiwan, Macau, Japan, South Korea, Malaysia, UAE and the Philippines.

No Vietnamese workers working abroad have been infected with coronavirus, so far.

The survey by the Ministry of Labour, Invalids and Social Affairs also stated that there had been no major changes in labour and employment nationwide so far.

Most businesses, especially large enterprises, were still stable with normal operation. There was not yet a risk of a labour shortage, said the ministry. — VNS

Previous: Whale Island in central Việt Nam among best destinations for diving: Forbes
Next: Preparations geared up for exporting fresh lychees to Japan