Breaking News
You are here: Home » Business » Ministry of Industry and Trade asks for supplement license of solar and wind power

Posted by: vivian on November 8, 2019 in Business Comments Off on Ministry of Industry and Trade asks for supplement license of solar and wind power 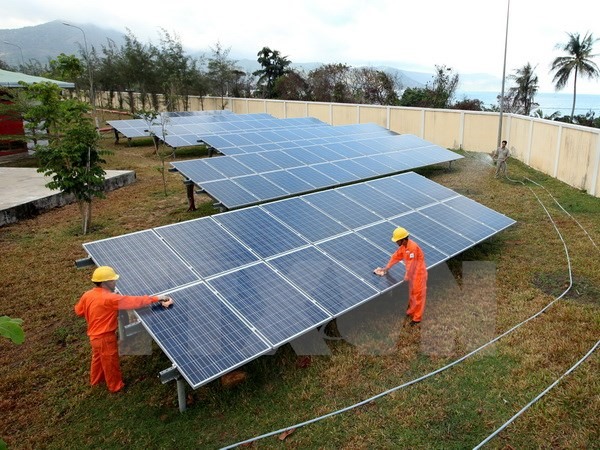 HÀ NỘI — The Minister of Industry and Trade Trần Tuấn Anh, in the National Assembly question and answer session on Thursday, said that Việt Nam was facing a high risk of electricity shortage in the period of 2019-20, lasting until 2022-23.

To ensure the supply and demand of electricity, the representative of the Ministry of Industry and Trade said the ministry would mobilise sources such as coal power, hydroelectricity and solar power.

In addition, the Ministry would submit to the Government a new mechanism for solar power with a supplement plan of adding about 6,000 MW of solar power and 1,500 MW of wind power.

In case of severe shortage of electricity when hydroelectricity is insufficient, Anh would ask for 8,000 MW of solar power and 3,000 MW of wind power.

As of June 30, the country had 87 solar power plants in operation with a total installed capacity of 4,464 MW, accounting for 8.3 per cent of the national electricity system.

However, most of these factories are concentrated in south-central provinces of Ninh Thuận and Bình Thuận, causing overloading of the transmission grid.

The minister said the risk of not having backup electricity in high load areas like the Southwest region was very high. The biggest cause was the unfavourable weather conditions, and hydroelectricity did not have enough water.

The ministry also assigned the Vietnam Oil and Gas Group (PVN) to negotiate to buy gas from Malaysia and Thailand to ensure electricity supply to the Western and Southeastern regions.

In the long term for sustainable development of the energy sector, the ministry considered developing large gas power centres such as Long Sơn, Cà Ná and Bạc Liêu.

The minister said they would propose the Government to add the development of gas power centres to the master plan as the country was no longer able to develop coal power. — VNS