Masan to close hundreds of ineffective VinMart and VinMart+ stores

Posted by: vivian on January 14, 2020 in Business Comments Off on Masan to close hundreds of ineffective VinMart and VinMart+ stores 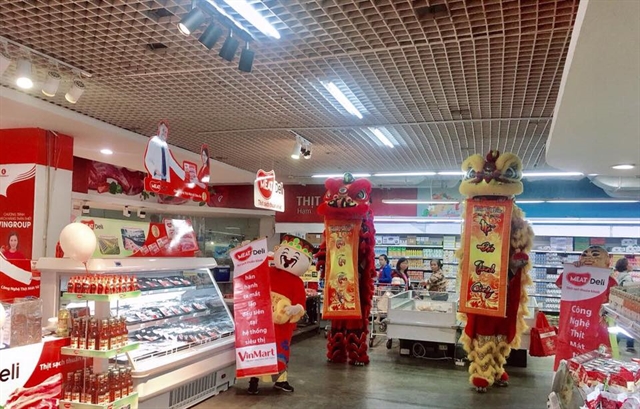 A representative from Masan told Việt Nam News: “We will open between 300 and 500 new Vinmart supermarkets and Vinmart+ convenience stores this year.”

She also said the group would review and close down ineffective stores. So far, they have pinpointed about ten VinMart supermarkets and about 300 VinMart + stores which have struggled to turn a profit.

“Instead of expanding the number of stores, Masan aims to boost its presence by improving the business efficiency of existing locations,” said the Masan representative.

By the end of 2019, VinCommerce operated more than 3,000 VinMart and VinMart + stores all over Việt Nam. It reported an increase of 67 per cent in sales, reaching VNĐ26 trillion (US$1.12 billion) but also saw losses of VNĐ2.1 trillion in EBITDA (earnings before interest, taxes and depreciation).

This year, Masan plans to reach over VNĐ42 trillion in revenue, a year-on-year increase of 64 per cent, after the merger. Of which, 24-25 per cent of the growth will come from the existing VinMart and VinMart + stores and the rest will be from new stores opened this year.

VCM was founded on August 5, 2019 with charter capital of VNĐ1 trillion, in which Vingroup held a stake of 64.3 per cent. VCM’s charter capital was then raised to VN6.4 trillion.

Masan has spent an estimated VNĐ5.4 trillion to hold the controlling stake at VCM, which runs VinMart and VinMart+ stores in 50 provinces and cities and 14 VinEco hi-tech farms.

Before the deal, Masan Consumer was one of Việt Nam’s largest FMCG firms, now it is one of the biggest retailers in Việt Nam.

Last year, the retail sales of goods and services reached VNĐ4.94 quadrillion ($214.8 billion), representing a rise of 11.8 per cent over the previous year, marking the highest growth rate in the last four years. In 2016, retail sales rose 10 per cent, and hit 11.6 per cent growth in 2017 and 2018, according to the General Statistics Office (GSO). — VNS