Posted by: vivian on November 11, 2019 in Business Comments Off on Kiên Giang Province needs investment in tourism infrastructure, experts say 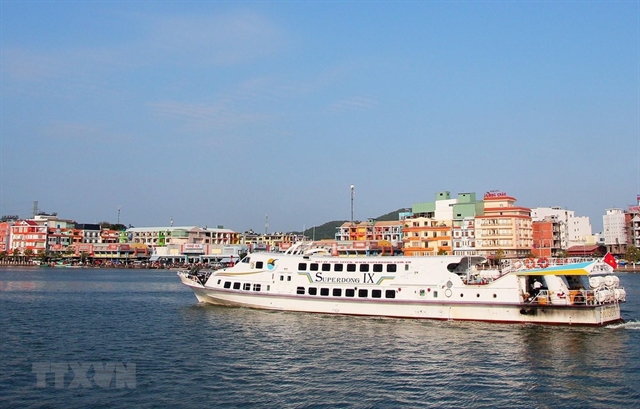 The province has been focusing on investment in tourism infrastructure and services to actualise the potential of these areas, he told a recent conference in Hà Tiên town.

In 2016-20 the province has set funding of VNĐ369billion (US$15.9 million) for five projects in these three major tourism zones, he said.

The completed works include the Rạch Giá Air Port upgrade, linking the national power grid with islands such as Hòn Tre, Lại Sơn and Hải Tặc, and infrastructure in Mũi Nai, Hòn Trẹm Island, Hang pagoda, and the U Minh Thượng national park.

The province would continue to explore partnerships with local and foreign investors to develop these tourism zones, Hồng said.

He suggested prioritising three types of tourism for investment, ecological, cultural and community-based.

The local government should focus on tourism infrastructure development to create convenient transportation within the zones and link the zones with Phú Quốc Island, he said.

It should also invest in new tourism products based on local tourism resources, he added.

Nguyễn Văn Đính, deputy chairman of the Việt Nam Tourism Education Association, said the province has natural diversity ranging from the delta to seas and mountains, which is excellent for tourism development.

But it needs to invest heavily in road and sea traffic infrastructure and diversify tourism products to attract tourists, he said.

Tourism marketing and promotion are required, with a focus on key local markets such as the cities of Hà Nội, Hải Phòng, Đà Nẵng, Cần Thơ, and HCM City and international markets such as South Korea, China, Japan, the US and Western European countries, he added.

Experts also suggested that the province should pay more attention to improving tourism human resources and strengthening co-operation with travel firms in other provinces to develop new travel routes and products. — VNS