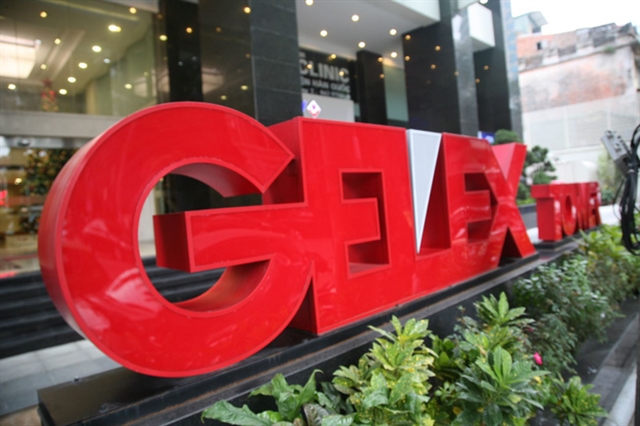 The logo of the Vietnam Electrical Equipment Corporation at its headquarters. — Photo nhadautu.vn

HÀ NỘI — Chairman and CEO of the Vietnam Electrical Equipment Joint Stock Corporation (Gelex) Nguyễn Văn Tuấn plans to up his stake in the company by 3.07 per cent.

The company has recently announced a plan to sell its logistics arm in the third quarter of the year in an attempt to restructure its portfolio and focus more on electrical equipment and infrastructure sectors.

Gelex has also decided to offload a 20.25 per cent stake in Đồng Nai Port JSC.

Gelex shares, listed on the Hồ Chí Minh Stock Exchange with code GEX, gained 1.5 per cent to trade at VNĐ17,150 (US$0.73) apiece on Friday. Shares have gained 14.3 per cent in the last three weeks.

In January-March, Gelex earned VNĐ3.5 trillion ($150 million) worth of net revenue, up 14.2 per cent on-year. But net profit dropped 43 per cent on-year to VNĐ93.5 billion due to increased selling, financial and management expenses. — VNS