Posted by: vivian on December 8, 2019 in Business Comments Off on Experts call for risk management to boost VN-Africa bilateral trade 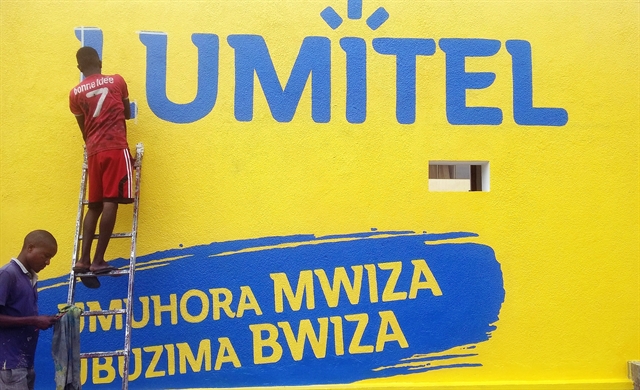 Lumitel, Viettel Group’s mobile operator in Burundi. Viettel is among a number of Vietnamese pioneering companies investing in Africa. Photo courtesy of Viettel

HÀ NỘI — Bilateral trade between Việt Nam and African economies has made significant growth in the past decade, however, there is still room for improvement.

During that time, Africa became a favourite destination for Vietnamese companies that operate in telecommunications, agriculture and education such as the military-backed telecom group Viettel, he said.

The two sides had also made improvements in political, social and diplomatic relations. Those facts prove the potential of bilateral co-operation between Việt Nam and African nations is huge, Khôi added.

General Secretary of the International Organisation of la Francophonie (IOF) Louise Mushikiwabo said Africa was a large market with a population of 1.2 billion. The continent benefited from a young labour force, better connection with the international community and it was rising to become the new centre of the world.

It was important for Vietnamese and African businesses to be informed of opportunities and information by regional governments, she said, adding the logistic and transporting system between the two sides must be improved to meet the travel demand.

However, there are challenges that have put Vietnamese companies at risk when they come to Africa and set up business relations, experts said.

Issues in the bilateral trade included financial payment and trade fraud that are damaging Vietnamese companies’ confidence when they decide to do business in Africa, they said.

But experts at the seminar suggested companies on both sides should seek support from arbitration units to resolve any problems and disputes with trade relations.

In addition, business relations should be built through government agencies that help organise connection events for Vietnamese and African companies to exchange ideas, they said.

Phan Thị Thanh Nhàn, Direct of Trade Finance Centre at the Joint Stock Commercial Bank for Investment and Development of Vietnam (BIDV), said one of the issues between Vietnamese and African companies was reliability.

Payment methods played an important role in global trade but most African banks had not met international standards, she said, adding it has hinder trade as Vietnamese firms found it difficult to make payment through local banks.

She warned Vietnamese firms to not advance payment to African sellers or accept late payment for local buyers. “Letter of credit is a creditable method if the issuer of the letter is highly reputable.”

Nguyễn Phúc Nam, deputy general director of the Asia-Africa Market Department at the Ministry of Industry and Trade, said issues between Vietnamese and African businesses came from the differences in culture, language, legal system, travel distance and limited co-operation in the banking sector.

The majority of African economies were still underdeveloped with poor of transportation, infrastructure, telecommunication and logistics, he said.

In addition, Vietnamese embassies and trade offices in Africa cannot evaluate all local businesses due to lack of resources, he said.

There are only eight Vietnamese embassies and five trade offices to cover 55 African countries, Nam said, adding it was difficult for Vietnamese companies to cross-check partners’ information if they were suspicious.

But it was still a must that Vietnamese companies ask for consultancy of Vietnamese embassies and trade offices in Africa about the information of local clients and partners, he said.

They should look for partners though trade promotion activities organised by the Ministry of Industry and Trade and African government agencies to make sure partners are reputable and creditable, making co-operation less risky.

Lawyer Phạm Liêm Chính, director of Chính and Partners Law Firm, said Vietnamese companies should come to Africa and see the market with their own eyes, but many firms cannot afford that.

“There are always risks. Higher risk often comes with higher profit, but if the risk is too much, companies should re-consider,” he said.