Posted by: vivian on January 15, 2020 in Business Leave a comment 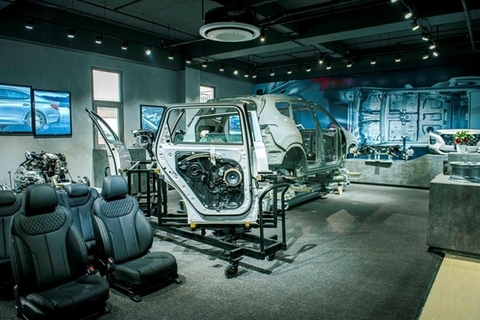 HÀ NỘI — Nearly 400,000 cars were sold in the Vietnamese market in 2019 thanks to valuable gift and discount programmes, which were launched at the beginning of the year, said the Vietnam Automobile Manufacturers’ Association (VAMA).

Of the figure, more than 320,300 units were sold by VAMA members, marking a year-on-year increase of 12 per cent. The other nearly 80,000 units came from TC Motors.

VAMA said that the above sales did not fully reflect the overall figures for the automobile market, because there was also the presence of Audi, Jaguar, Land Rover, Mercedes- Benz, Subaru, Volkswagen, Volvo and Vietnamese automaker VinFast.

Insiders said Viet Nam’s automobile market in 2020 would maintain a growth rate of 10-20 per cent thanks to the current abundant supply of cars.

Dũng said the demand for cars was increasing. Many people would want to buy new cars, not only to be safer on the road but also to experience new models.

According to a forecast by Việt Dragon Securities Corporation (VDSC), the Việt Nam automobile industry has many opportunities to develop in the future.

The VDSC statement was based on three factors supporting the development of the retail automobile market.

The first one is rising incomes, which in turns leads to higher demand for cars. This is forecast to continue, as the country’s GDP is forecast to be 7 per cent per year in 2021-2030.

The second factor is based on strong development infrastructure, while the last factor is that the rate of car owners in Việt Nam is still much lower than that of Southeast Asia. — VNS