Posted by: vivian on September 4, 2018 in Business Comments Off on Buyers shun weak Vietnamese banks 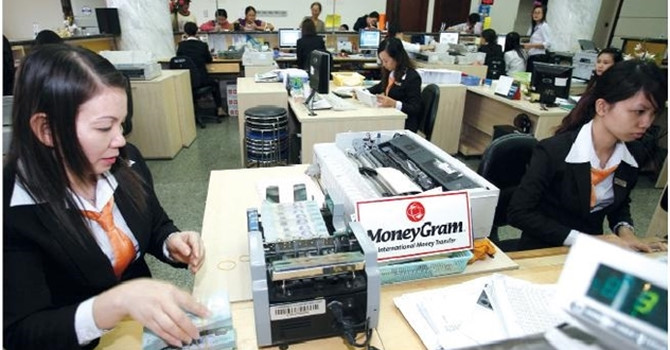 Opinions from well-informed circles all say the government will not license additional 100 percent foreign owned banks because it wants to drive foreign investors to domestic weak banks, which need restructuring.

Nine wholly foreign-owned banks have been licensed over the last 10 years, since the day Vietnam granted operation licenses to HSBC Vietnam and Standard Chartered Vietnam.

A report shows that by May 2018, the total charter capital of the foreign owned banks had reached VND33 trillion, accounting for 5.9 percent of the capital of the entire banking system.

Though the charter capital is not high, the profitability and risk management of the banks are very good.

Meanwhile, the ROE was 6.65 percent, lower than the 12.4 percent of state-owned banks and the 10.4 percent of joint stock banks. This was simply because foreign banks bear restrictions in capital mobilization.

The profits made by foreign owned banks were modest (HSBC Vietnam’s profit in 2017 at VND2.232 trillion, ANZ Vietnam VND1.335 trillion and Shinhan Bank Vietnam VND1.617 trillion), but the figures are the dreams of Vietnamese banks with the same total assets of around VND100 trillion.

Regarding risk management, while Vietnamese banks are struggling to ensure CAR (capital adequacy ratio) as per Basel II Accord, foreign banks have been at ease.

The CAR of foreign banks was 27.36 percent in May 2018, or three times higher than state-owned banks (9.39 percent) and 2.5 times higher than joint stock banks (11.39 percent). The risks for the banks are not high partially because they do not use short-term mobilized capital for long-term loans.

In its report to the National Assembly last May, the State Bank said it had the solution for three zero-dong banks and Dong A Bank.

The lifebuoy for weak banks is the special support mechanism stipulated in the amended Law on Credit Institutions ratified by the National Assembly in late 2017, under which such banks can access State Bank’s loans with preferential interest rates of up to zero percent.

Analysts are cautious about the idea of restricting new licensing to drive foreign investors to domestic weak banks.

Sources said the negotiations on selling Oceanbank are being carried out with a foreign investor from Asia.

How should weak banks be restructured?