Posted by: vivian on October 8, 2019 in Business Comments Off on Banks forecast strong performance despite credit slowdown 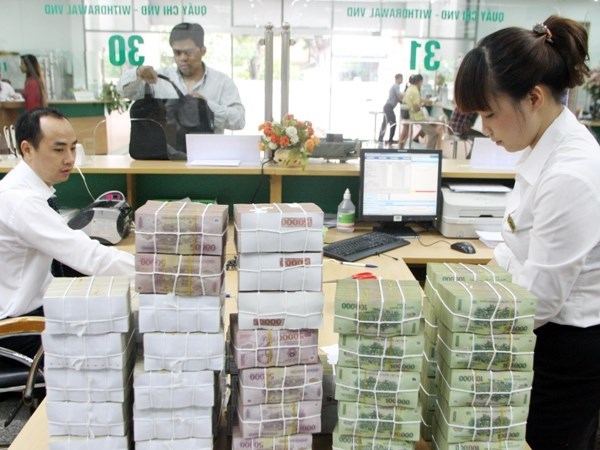 A majority of credit institutions forecast their pre-tax profits in 2019 to grow against last year. VNA/VNS Photo

HÀ NỘI Most domestic credit institutions and foreign banks’ branches in Việt Nam expect their business performance in 2019 to be better than last year despite the predicted slowdown in credit growth, according to the State Bank of Việt Nam’s latest survey released late last week.

In the survey, which covered all domestic and foreign banks in the country, some 91 per cent of credit institutions forecast their pre-tax profits in 2019 to grow against last year, whereas 3 per cent expected them to remain unchanged.

A majority of the credit institutions participating in the survey stated that their business performance in the third quarter had improved significantly, compared with the previous quarter.

Up to 82.3 per cent of credit institutions expect their fourth-quarter business results to be better than those seen in the previous quarter, according to the survey.

According to the survey, liquidity in terms of both the Vietnamese đồng and foreign currencies of the banking system by the end of the third quarter remained good. A total 55 per cent of banks expected the positive trend would continue for the rest of the year.

According to the survey, outstanding loans at banks are expected to edge up by 4.85 per cent in the fourth quarter and expand by 13.61 per cent this year. The predicted credit growth for 2019 is a bit lower than the 14 per cent target set by the SBV.

Apart from credit growth, capital mobilisation in the banking sector is forecast to rise by 4.39 per cent in the fourth quarter of 2019 and 13.06 per cent this year, down 0.42 percentage point compared with the level in the previous survey conducted in June this year.

The central bank’s recent report showed that as of September 26, credit growth was recorded at 8.64 per cent and capital mobilisation rose by 9.03 per cent against the figures seen in early 2019.

Aside from this, the survey found that demand for loans will continue its upward spiral, higher than the demand for payments, cards and deposit accounts.

Accordingly, some 68-73 per cent of credit institutions expect the demand for banking services to surge for the rest of the year.

Notably, the survey showed the resolution of non-performing loans (NPL) at banks has shown positive signs, with 27.6 per cent of banks reporting their NPL ratio declined in Q3 and 28.9 per cent expected a drop in Q4. The rates are higher than 27.4 per cent and 26.9 per cent in the previous survey conducted in June this year.

The survey also indicated that many banks saw a reduction in credit risk in the third quarter. VNS