Posted by: vivian on March 14, 2020 in Business Comments Off on Bamboo Airways delays flights to Czech Republic 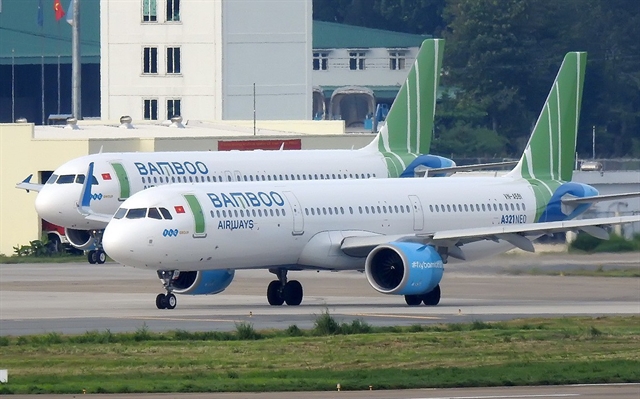 HÀ NỘI — Bamboo Airways will delay the launch of direct flights between Hà Nội and Prague in the Czech Republic to April 26 due to the impact of the COVID-19 outbreak, its representative said this week.

The route was expected to be operational from March 29, making Bamboo Airways the only airline operating a direct flight connecting the Czech Republic and ASEAN.

The carrier planned to provide two flights per week on Wednesdays and Sundays with the possibility of increasing the service based on passenger demands.

To prepare for the launch of the Hà Nội-Prague direct service, Bamboo Airways has been selling tickets since February 5.

With Europe now one of the COVID-19 epicentres with hundreds of new per day, the Vietnamese Government has agreed to suspend unilateral visa exemptions for citizens from Denmark, Norway, Finland, Sweden, the UK, Germany, France and Spain, starting from Thursday.

National flag carrier Vietnam Airlines will temporarily suspend 14 flights per week on routes that connect Việt Nam and Europe. The routes include those between Hà Nội /HCM City and London/Paris/Frankfurt.– VNS