Posted by: vivian on September 16, 2020 in Arts & Entertainment Leave a comment 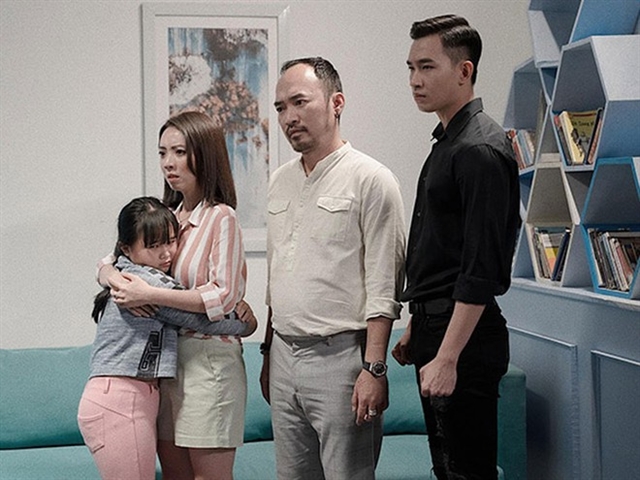 Compared to years ago, web dramas today are produced more professionally, with some episodes costing billions of đồng to make.

Many local artists have chosen the internet to showcase their talent. While artists Thu Trang and Tiến Luật are famous for web drama Thập Tam Muội, MC Trấn Thành is popular for Bố Già.

Due to the COVID-19 pandemic and fewer visitors to local cinemas, web dramas have been embraced more than ever.

After the hit Bố Già web drama, Trấn Thành began showing Đặc Vụ Thời Gian on his YouTube channel in mid-August. The new web drama has an interesting mix of detective, action and comedy genres, and has done well.

In the web drama, Trấn Thành plays an agent with outstanding analytical skills. He is often assigned to difficult tasks, including rescuing innocent children.

Singer Vương Tuấn Kiệt’s life and his father’s involvement in a money laundering scheme is the main plot of Bộ Tứ Oan Gia.

Singer and actress Minh Hằng has also jumped on the web drama bandwagon and acted in six episodes of Kẻ săn tin, together with many artists such as Khả Ngân, Lâm Bảo Châu, Xuân Phúc, Minh Dự, Huỳnh Lập and Duy Khánh.

Many web dramas have successfully shown their potential and locals often prefer them to traditional media. Unlike traditional platforms, viewers only need a smartphone to access web dramas on the net.

Competition in this market is fierce, many experts have said.

Despite their success, flaws such as the use of extreme violence, illogical scripts and unnecessary humour have been picked up from well-known web dramas.

Recently, Minh Hằng decided to temporarily remove the third episode of Kẻ Săn Tin to fix its flaws after receiving negative feedback that the web drama is too violent.

“Due to the nature of viewers watching web dramas, many producers might think that it is necessary to use humour as a selling point. However, web dramas done in the way of a movie should be more than that. If producers can fix this, Vietnamese web dramas will not be any less than their international counterparts. Not to mention, this industry has a lot of potential for young artists,” director Luk Vân said.  VNS